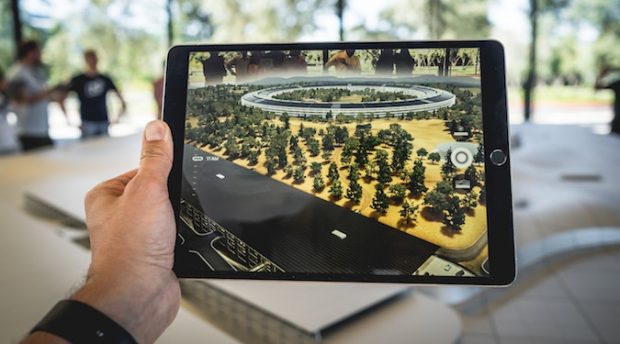 The augmented reality we see today is merely the tip of a forthcoming iceberg, according to Michael Ridland. With Apple’s heavy investment in the technology, brands should prepare now for an AR-dominated future. 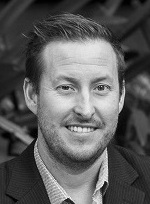 This year at Apple’s developers’ conference (WWDC) it became clear that Apple’s investment in augmented reality (AR) is serious, casting a new light on the mainstream adoption of the technology.

This overlaying effect gives technology the chance to enhance the world with digital objects. AR applications have made it possible for customers to not only visualise a product but to feel like they own it before making a purchase.

Many developers are now creating augmented reality apps, which has opened up the technology to a much broader audience. The most obvious and vivid example is Pokemon Go, which saw millions of people all over the world chasing virtual creatures with their smartphones.

However, while it’s interesting to see what we can do with AR in iOS 12 on our mobile devices, this is not the bigger picture.

Apple knows that augmented reality experiences on a phone are less than ideal because nobody wants to be holding a phone in front of them all day.

It’s clear to me that with the amount of investment Apple has made in ARKit, it has a bigger picture in mind. There’s no chance Apple would have built such an advanced AR system just for phones, this system has been designed for a new type of device. A device we are yet to see, most likely to be some type of AR glasses.

Apple insiders have hinted that 2020 is the year that Apple will release AR glasses, but the technical/mass production challenges are hard to solve, so nobody can really say.

In this video we envision how a user would interact with their new glass devices combined with a watch.

How can companies take advantage of the AR tipping point?

The best part of ARKit is that companies can deliver experiences to their customers right now, but also have a first mover advantage when the new wave of devices become mainstream overnight.

Brands will need to consider how to adopt AR as a core part of their business strategy and to make it the point of difference that enhances their customer experience.

Not all AR experiences will add value to customers – brands need to take an augmented reality check. The key is to find a way to respond to business challenges using the technology. Essentially, AR should make it easier for people to interact with brands so that they can enjoy exceptional customer experiences in meaningful ways.

At the moment AR may seem like all gimmick, but this is going to change overnight. One day soon a device is going to be released that’s the right price and that people love. It will be the device that cracks the market. It will play out similar to the iPhone, this is the AR tipping point.

In the end companies who start investing in augmented reality now, learning lessons and iterating are going to be in a much better position when this shift happens.

Michael Ridland is founder and director at XAM Consulting

« Instagram global partnership manager talks all things influencers and IGTVRecord-breaking brands: how (and why) you should attempt a Guinness World Record »