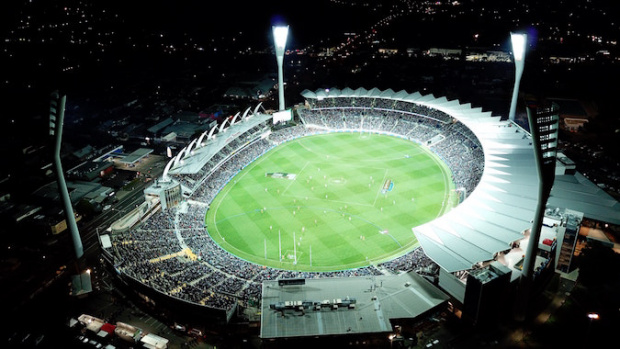 Has the sporting world changed forever? Associate Professor Con Stavros examines the lasting impacts of COVID-19 on sport and how it will affect marketers in the industry.

The broader impact of the novel coronavirus on sport can be traced back to 12 March, when the National Basketball Association in the USA abruptly suspended its season following news that two players on the Utah Jazz had tested positive for COVID-19. That announcement sent shockwaves through global sport as the consequences of the pandemic suddenly became tangible. Within days, reacting to their own cases and scenarios, high profile competitions and events around the globe, from the English Premier League to Formula 1, started disappearing from the calendar.

Almost two months later, the catalogue of sporting events either indefinitely postponed or cancelled altogether is vast. From the Summer Olympics to the European Football Championships at the elite level, to junior basketball and football matches at the community level, the world of sport has ground to an almost complete halt.

Restarts are now being discussed, an inevitable and necessary marker of a return to normality for some, a too sudden rush into the unknown for others. Whichever perspective you take, the road back for sport is going to be fraught with numerous marketing challenges, some of which may be insurmountable, potentially changing forever the landscape of the pastimes we have come to love.

As someone who has followed an array of sports intensely in recent months as they planned their return, I have been a little surprised how sport has not been missed as much as I thought it would. This has caught sport administrators themselves by surprise. They had once, understandably, imagined fervent demand from fans would provide them with the leverage to navigate a return. The absence of that push is palpable, with fans consumed by a fragile uncertainty and seemingly not yet ready for the ‘escape’ that sport provides, no matter how logical one would have thought that connection would be.

It will come however, and sport needs to re-image its return now given that restarts have lengthy runways to navigate. While the media focus has portrayed many sport stars as elites who can easily weather a financial storm, the reality is that the business of sport is a pyramid and those nearer the base than the peak, from the proverbial boot-studder to the sponsorship manager, are staring down the face of an economic disaster from which they have little recourse.

Football leagues in Europe are a mishmash of options at present. Some countries have called off seasons, others have named resumption dates. Here in Australia both the NRL and AFL have signalled starting points, with the NRL ambitiously targeting the end of this month. A return of sorts for events at which social distancing (for athletes and fans) is easier, such as golf and tennis, appears eminently feasible, provided global travel is permitted. Getting around the famed Augusta National Golf Club is far easier than getting there at present.

In all cases there are two certainties. One is that sport in front of passionate crowds is not on the agenda anytime soon. The price sport will pay is the very absence of what once fuelled them, adoration from the masses who huddled for a glimpse of their heroes. The second certainty is that what now fuels sports, the chequebooks of media conglomerates, is what will hasten the return. Global sport is now beholden to media money first, sponsorship dollars second and fan attendance third. While, paradoxically, fan passion is what drives the media and sponsors, the pecking order is clear and fans themselves have accepted the compact that has emerged. Elite sport is now a global product, far beyond the influence of the average fan. Would anyone have even noticed if the F1 race in Bahrain had gone ahead a few weeks back without spectators at the track as was once planned?

The challenge for sports when they return, including our parochial interests in the NRL and AFL, is creating a semblance of normality to their offering. As someone who has studied sport intently throughout my academic career, the ‘magic’ appeal of sport is buried in its rituals and traditions, all which risk being shattered as adaptations to the sporting experience are made. Fans, whose irrational passions drive media and sponsors’ rational investments, are creatures of habit when it comes to sport, following a ritualistic path of anticipation, exhilaration and reflection as sport unfolds. When that cycle, typically weekly for the NRL and AFL, is interrupted, the danger is that the product becomes disentwined from the lives of fans. The game is the same, the rules, points, shape of the ball – but the connection has been changed. Sport, in essence, moves from being a constituent part of life to a commodity of entertainment that carries limited extrinsic value.

Sport will need to guard against this by trying to be as ‘normal’ as possible. Now, despite what some pundits have suggested, is not the time for experimentation to rules, structures or processes. Life is already too topsy-turvy for the masses. Sport can lead many back to a sense of what is normal, even if it is an illusion. To do that requires sport to be as much about its heritage and authenticity as it possibly can. I would advise sport leaders to eschew change and embrace tradition. In hard times, consumers want safety and familiarity. We have had enough of the ‘new normal’ for now.

Photo by Daniel Anthony on Unsplash.

BY ON 5 May 2020
Con Stavros is an Associate Professor of Marketing at RMIT University and one of Australia’s leading commentators on marketing matters. con.stavros@rmit.edu.au

« Five practical ways your small business can fight The Amazon EffectFrom the ‘COVID tango’ to ‘hyper-local’: lasting behaviours in a post-COVID world »