Is the taxi industry complacent?

Is the taxi industry complacent? 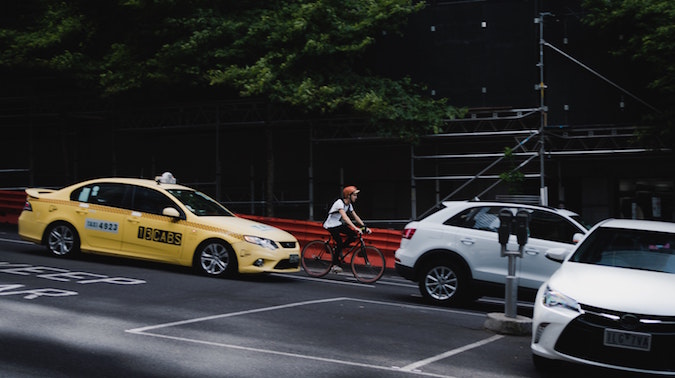 According to Mark C Trayling, the Australian taxi industry is sitting on a golden marketing opportunity to compete with ride sharing services.

Over the past few years the Australian taxi industry has been begging Parliaments – state and federal – for support in response to losing market share to the rise of ride sharing. However, for some time the taxi industry has been playing a game of defence, rather than proactively responding and playing offence with better marketing.

Marketing professor Donald Lehmann of the Ivy League institute Columbia University notes that often “incumbents don’t want to see the rise of innovative competitors until it is a bit late, and then argue unfair competition”.

Has the taxi industry become complacent?

Ride sharing has become very popular and has established a competitive advantage early on by introducing bookings using convenient Apps. Their long term advantage – because Apps can and have been easily copied – has been secured by pricing. Unburdened by licence fees and other regulations, they have been able to offer lower pricing than the taxi industry.

The taxi industry has not really known how to respond, with 13CABS thinking the solution was rebranding to lower case letters 13cabs, supported by a marketing campaign with a few feel good ads.

I would argue that the taxi industry has been sitting on a goldmine of a marketing differentiator but have not realised it, because they’d much rather expend their energies going to Parliament with a begging bowl.

The answer? Green marketing, or marketing an option that is more environmentally sustainable than the alternative.

According to CGS in its 2019 Retail and Sustainability Survey, more than two-thirds of Americans surveyed consider sustainability when making a purchase and are willing to pay more for a sustainable product. Similar findings were found in Australia last year by Nielsen’s Changing Consumer Prosperity study, which revealed the majority of Australian consumers are either highly or somewhat willing to pay more for products that are environmentally friendly or sustainable. These results demonstrate the importance people are now placing on social impact and the power of brand differentiation through community causes.

Now that’s all very well and good, but how does this relate to the taxi industry? People who work in the taxi industry rely on driving as their main income source, unlike ride sharing which can be a mix of supplemental income. This is why the majority or a significant number of taxi cars are hybrid, because they rely on long term fuel efficiencies. Using less petrol is, plain and simple, a greener option and better for our planet, so taxis are actually the greener option to ride sharing.

As already noted greener options can command a price premium, which means the taxi industry can focus on marketing their product and not obsessing that they have no way to compete on price. As any competent marketer knows, there are  five Ps to play with, not just one: Price, Product, Placement, Promotion and Partnerships.

In addition, ride sharing providers offer pooling options where people going along a similar route can hop in to carpool. This too encourages a greener way, as now the fuel and environmental footprint is reduced.

The question is whether the taxi industry is prepared to be innovative and proactive in its marketing by moving with the times and adopting a green marketing strategy or continue to scratch their heads with the left hand, while holding a begging bowl in the right hand, warning Hannibal ad portas!

To borrow from Hamlet, green marketing’s the thing, wherein we’ll catch the conscience of the King (consumers).

Mark C Trayling is a Chartered Marketer, advising both non profit and for profit organisations.

Photo by Johan Mouchet on Unsplash.