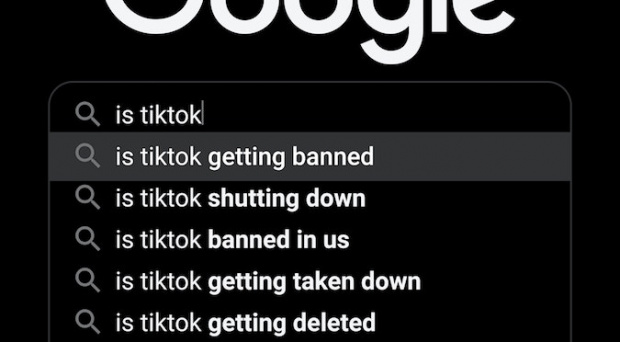 In a time of highly polarised public opinion, Sergio Brodsky and Lucio Ribeiro, co-founders of TikMyDay, unpack everything that advertisers need to know about TikTok.

Just like its branded pendulum gif, TikTok’s image has been oscillating between the best and worst of China. In this erratic dance, the more informed few were paired with a healthy degree of doubt while the misinformed masses were attracted to either extremes of polarised public opinion. Access to information is key. It may not prevent nonsensical emotions from overtaking logical reasoning, but it can reduce advertisers’ cognitive load when having to gather and vet data essential to constructing an educated view. Embracing a system of emotion over factual content will invariably result in the loss of group intelligence for gains of group sensitivity; not the smartest thing to do.

As co-founders of an agency dedicated to helping brands succeed in this new environment, our focus has been on educating the market with confidence. In doing this, the most revealing insight that emerged was that investing in the information TikTok can provide could be just as valuable as advertising on the platform itself. Lauded as the world’s new cultural barometer, things are happening first on TikTok. There’s even a #firsts that you can go check out. And, as every advertiser would know, few things can be as powerful as leveraging culture.

TikTok’s AI algorithm relies on a complex set of signals including everything from hashtags and songs to the kind of device a person is using, ultimately favouring content that is culturally relevant to the user, also allowing for more discoveries other than being stuck in your own thought-bubble.

When a video is uploaded, TikTok’s algorithm shows it first to a small segment of TikTokers. These people may or may not follow the creator already, but they may be more likely to engage with the video, based on their behaviour footprints. If these TikTokers respond favourably by watching it in full, commenting or sharing, then the content gets spread to more people of similar interests. Unsurprisingly music videos have a huge influence. These cultural catalysts spread memes and launch artistic careers with the same potency as creating new memories, rituals, gestures and conversations in culture. Importantly, we live in a participatory culture that screams for inclusiveness. TikTok offers endless features and effects that are easy to use, visually impactful and with no shortage of shared LOL moments.

At TikMyDay, we have been scanning, sensing and documenting hundreds of different culture signals, loaded with insights and soon to be published. Our ‘Cultural Tiktionary’ will be a Rosetta Stone (perhaps a little chip… for now) to this remarkably rich universe.

As Peter Drucker purportedly said, “Culture eats strategy for breakfast”. This implies that the culture of your company always determines success regardless of how effective your strategy may be. At TikMyDay enquiry is encouraged and curiosity nurtured. We are curious, of course, about TikTok’s fate. We have also applied ourselves, independently and through our relationship with TikTok and others, to learn as much as possible about the current ‘espionage’ concerns. Our diagnostic came back clean and particularly after the PM confirmed there’s no case to ban TikTok and the spectacular 3 billion-view feat that Hollister achieved on TikTok in just a week by working with top creators, sisters Charli and Dixie D’amelio. On top of that, last week speaking at TikedAsia, the region’s largest conference on TikTok and Doyuin marketing we had the chance of meeting hundreds of professionals in this same space and the overall climate was positive.

Conversely, TikTok has sent strong signals attempting at reassuring advertisers that the platform is legit and is here to stay. From official media releases, through to public toks and hundreds of millions of dollars being invested in security, its creators and education grants; that’s the factual content ensuring the platform remains this beacon of positivity. Additionally, and, in true Bernbachian adspeak: “A principle is not a principle until it costs you money.” From our end, this climate of uncertainty has also cost us money or, at least, prevented us from earning more. Still, we stand firm on our mission of ‘toking audiences where it tiks them’ and while we’ve been supporting clients mainly through the provision of cultural analytics and insights, campaign briefs from clients in the FMCG and entertainment sectors have started to return to our pipeline. If anything, it is a great reassurance that TikTok’s value goes beyond just reaching eyeballs to helping marketers understand their audiences’ worldviews and better connect with them.

Photo by visuals on Unsplash.