When it comes to cutting through and engaging with a target, asks Jac Phillips, could one gender be a superior marketer than the other? 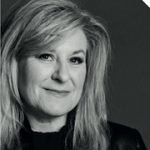 Many organisations today seem to have a segment-specific focus. The intent is to dive deep into a specific segment to better understand behaviours. Given where we often go wrong as marketers and leaders is assuming or self-referencing, this more intimate understanding and segment expertise can be advantageous.

I do smile, however, when I hear about businesses that have a dedicated team to focus on ‘the women’s segment’.

Yes, of course, I am being ‘cute’, as the experts chosen to focus on women or any other segment are often exploring more deeply into different sub-segments within the overall population. This is smart because, just like the Baby Boomer or Millennial or Asian or Indian groups, for example, it is dangerous to focus just on gender
or a demographic. They’re too broad and therefore wrongly suggest that we can easily group consumers and then engage them with one sweeping marketing message.

So what works? Life stages are slightly more predictable. But not all women, for example, are heterosexual or get married and, if they do, not all get married by the age of 28 years. Nor do all women have children or get pregnant by 28 years of age or love cooking or clothes shopping. And so on.

We know people are complex and, of course, it’s not just our behaviour as consumers that sets men and women apart. This has never been more obvious than how we tend to behave at work, when we manage and lead others.

Why is this ‘men versus women’ discussion important in a marketing management and leadership context? Helping more women achieve positions of authority as the custodians of overall business strategy, performance and budgets will mean a better representation of the overall marketplace and more diversity in perspectives that influence economic decisions.

Big business – the corporates, big brands and government – still control the bulk of advertising and marketing communications’ spend globally and locally. For example, during 2015 the four largest advertisers in out-of-home creative messaging in major cities around Australia were Optus, Lion, Government of New South Wales and Coca-Cola Amatil.

And the four biggest investors in digital media in Australia during 2015 were Suncorp Insurance, Commonwealth Bank of Australia, federal government and Fairfax Media.

So, if the challenge lies in understanding the preferences of our different consumer groups and how they navigate their daily lives in order to speak the right language in the right context, surely having a more representative mix of those leading the above brands makes good business sense? The last time I looked, all of the industries and brands listed above had female audiences as well as male.

Consumer experiences and advertising affect how your target market feels about your brand and, importantly, the action they will or won’t take. Only by looking at the customer’s experience through their own eyes can you really begin to understand how to meaningfully engage with them.

So how are we doing? Other than Coca-Cola Amatil, which is run by Alison Watkins here, all the other brands, plus the Federal Government, are currently led by males. If we delve a little further to understand who is influencing the marketing outcomes at the leadership level in these same organisations, again we find a consistent theme… the only exception being the Commonwealth Bank, which promoted Vittoria Shortt to group executive, marketing and strategy in March 2015.

Just to note, three of the four big banks have women heading up their most senior marketing positions in Australia. They may be onto something.

And what about the creative and media agency world with which these major advertisers partner? Oh dear, another consistent story regarding the gender leading that industry as well, at both the business management and creative management levels more men.

But it would be foolish of me to suggest we simply need to see more women at the highest levels of leadership running these organisations, agencies and/or the marketing of these brands, just because the female ‘segment’ is the Australian majority. No, we should look at this a little more scientifically as well as commercially.

Apparently women have an obvious genetic advantage when it comes to marketing: their brains are better designed for it. Despite the male brain being around 10% larger than a female brain (and with 5% more brain cells) we actually all start our existence (the first eight weeks in the womb) with a female brain.

After these first two months, genes and hormones kick in for the boys and with this comes the destruction of cells in the communication centres of the brain. The female foetus continues to grow unaltered and devoid of the male sex hormones, the result being two very different brains. Venus and Mars.

Not surprisingly, girls display much greater empathy to the suffering of others compared to boys and on into adulthood. It has been proven that females have a greater ability to more quickly identify the thoughts and feelings of those around them. They can quickly ‘decode’ non-verbal communication such as facial expressions, tone of voice and  body language.

A study conducted by Simon Baron-Cohen, a psychologist at Cambridge University, theorised there are basically two kinds of brains: the empathising brain and the systemising brain. The study showed a link between the amount of testosterone a boy receives in the womb and his inability to establish eye contact with others when he is young.

The above explains why women are often better at establishing an understanding of, and connection with, others more easily than men. We are predisposed to be social. And it explains why men seem naturally good at understanding systems – from plumbing to footy fixtures. Generally, our men are more interested in organising principles than in the social world. Sound familiar?

The most profiled marketing academic and brand expert in Australia, someone I respect immensely, Mark Ritson (yes, a boy) who has no hesitation in defining Arthur over Martha, has spoken and written a number of times about why women are the superior marketing sex.

To quote Ritson from a brand strategy article he wrote back in 2008:

“A woman’s capacity to understand a brand’s uniqueness over a man’s reliance on global rules means women are better suited to take charge of a brand. A woman’s perceptual skills are oriented to fast and intuitive thinking, whereas men are far more systematic. This presents a clear obstacle for men in their ability to articulate positioning statements for brands.”

So, given this knowledge, it seems we aren’t taking advantage of this when it comes to leading marketing functions in Australia. In 2015, the CMO Top 50 (a list compiling ‘Australia’s most innovative marketing leaders’) listed just 13 females. That’s 26%. Pleasingly, that number increased in 2016 to 22 females.

On researching the 2016 judging panel, it was good to see there was an almost equal number of female judges, who are tasked with, and I quote, “Looking at marketing leaders effecting business change and growth.”

The low number of women CMOs named in the list must therefore be a result of the lack of female representation at the senior marketing leadership level in Australia and not their inability to achieve great marketing outcomes. In fact, according to Ritson, women are more attuned to the competition, their brains age better and they are less self-indulgent.

Let’s hope things change in 2017 and we see a further increase in the number of women recognised in ‘top marketer’ lists, as well as, more broadly, in senior leadership roles of major businesses in Australia.

It makes smart business sense given we need both genders and their differences equally contributing to Australia’s strategic and economic future. Forget the battle. We are all in this together.

BY ON 24 February 2017
Jac Phillips is a brand and marketing guru, connecter and avid learner. She's been a Marketing Mag thought leader for three years.