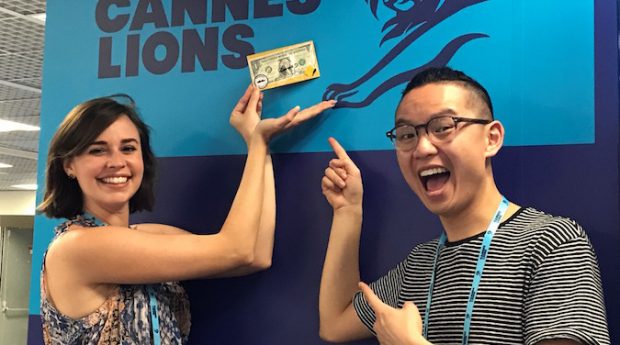 Competing against 17 other nations, Harmon and Kwok won Bronze after developing a co-branded pitch for CommBank and the Movember foundation in just 30 hours.

Upon returning home, the pair spoke with Marketing about winning pitches, their experience in the two competitions, and their advice for young marketers wanting to advance their careers.

Marketing: Please talk us through your winning pitch for the Australian Young Lions competition.

Jill Harmon, group marketing and customer engagement strategy manager, Commonwealth Bank: For the Australia round we were working with a charity called KidsXpress, which works with young children who are dealing with trauma. It could be that they’re dealing with loss or domestic abuse, for example, or anything that has gotten them into that state of trauma. KidsXpress uses creative therapy to help them work through it using the arts.

It’s a very bright and colourful brand. But the brief was to help launch a new training program in schools that helps teachers and principals identify children who are dealing with trauma. Usually by the time a child comes to KidsXpress, they’ve been dealing with trauma for a while – early detection is a really important thing.

Nathan Kwok, youth and young adults marketing manager, Commonwealth Bank: What we wanted to do is help KidsXpress launch this program using its brand. We did that by talking to a bunch of Australian teachers and principals and landing on a really interesting insight about the classroom and about what teachers do. That is: when teachers and principals see physical hazards in their classrooms – like a missing fire extinguisher or a broken window pane – they pretty much act on it straight away, because it’s immediate. But when it comes to childhood trauma and its effects, it can be invisible. For the teachers, it’s really hard to manage something they can’t even see.

So our opportunity for this pitch was to make the invisible visible.

JH: We love this idea. It was just a little plush toy. When the children are in their creative therapy sessions with KidsXpress, they sometimes refer to their trauma as like a ‘little monster’. So our idea was a little plush toy that actually looked like a monster, to be sent out to the schools and principals, to get them thinking. Essentially, take that invisible piece and make it visible. So you’d have the little monster in classrooms and the principal’s office.

NK: That would then be supported by a social campaign where those little plush toys would be in the hands of influencers that already support KidsXpress. It would also be supported with a stack of education: trade media as well as video storytelling and case studies that are more on the rational side helped create a holistic case for why the KidsXpress program is important.

JH: We wanted to keep the issue top of mind but also be respectful of the principals and teachers who go through so much on a daily basis and don’t need another thing to have to think about. It was about positioning KidsXpress as that opportunity to help them and help the children as well.

What got the approach across the line as the winner? 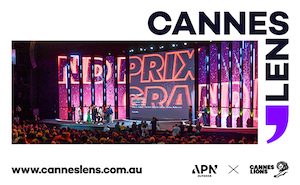 NK: There were probably two things. Our first bit of feedback was that the insight we landed on was really honest – and it was very much informed by what the audience was telling us (we spoke directly with principals and teachers). The second thing was that it felt like a complete package. It could be popped on the shelf and someone could implement it and have success with it.

JH: Also, we were complimented by KidsXpress and the judges on how respectful, and essentially on brand we were for the charity. Of course with 24 hours we didn’t have time to go to the actual KidsXpress site, however we were told it were as though we had visited where the kids undergo therapy – as though we had been there to live and breathe what they went through.

NK: We made an effort to understand it.

What about your pitch for Cannes Young Lions competition?

JH: The pitch for Cannes was a little bit different. That round we knew would have to be co-branded. In the Australia round you’re just working with the charity. But in this case it is with a charity again, but we knew we’d have to go in using CommBank as well. A co-brand opportunity. So that was a little nuance. You’re also, of course, right next to the world’s best young marketing brains. There’s 20 other countries participating.

NK: It’s kind of intimidating. The way that we describe it is almost like being in the Model UN, except everyone’s chucked into these little computer lab desks. You’re next to each other for 24 hours, to magically come up with an idea out of nowhere.

JH: In this case we were working with Movember. We had so much fun getting to know those guys because obviously it’s a heritage Australian brand.

NK: Movember asked us to help drive first-time sign-ups. The kind of group it really wanted to talk to were Australian men between the ages of 30 and 49, who had grown up with Movember back when they were in their 20s. Men for whom it was just a funny thing to do, but had entered a new life stage where their priorities had considerably changed. Most of them have kids, most of them are in white collar jobs.

If they hadn’t already done Movember by this stage of their life, there was probably a big reason why. In talking to these guys, we learned that for most of them who hadn’t done it before, it was simply because they were self-conscious about not being able to grow facial hair.

But there was – surprisingly – one thing that was even more powerful than this anxiety: they were all dads. They all felt a really stubborn will to be around for their kids, to make sure that they were healthy for them.

Our insight was around a dad’s ‘stubborn will’ being more powerful as a motivator for doing Movember, than their fear of not being able to grow facial hair.

JH: We really leaned in to the fact that if these guys are now at a stage where they probably have partners or children, it’s an opportunity to get the family involved. When we were understanding the challenge a little bit more, we talked to women as well. We said ‘okay, what are your thoughts on Movember?’ The feedback varied from ‘I hate the gross mo’s on everybody’s faces for that month of November’, to ‘I want to be able to get more involved and I can’t.’ We took it as an opportunity to get the whole family involved.

NK: We felt – based on all this conversation with real Australian mums and dads – that the opportunity was to rally Australian families around their dad’s first Movember. How we felt we would do it as a bank, was with the world’s first legal tender for Movember.

That probably doesn’t sound quite clear, but once you see the prototype it makes sense. Basically we would work with Movember to creative a biodegradable plastic sleeve, that when matched with any Australian bank note turns the historical portrait on that note into a moustached supporter of Movember.

It’s pre-printed on the sleeve so when you match it on the note, Queen Elizabeth suddenly turns into a Movember supporter. When you would flip that note, it would have a heartfelt message from kids to their dad about why they should do their first ever Movember. The cash inside that slip then becomes the first donation to that guy’s first campaign. 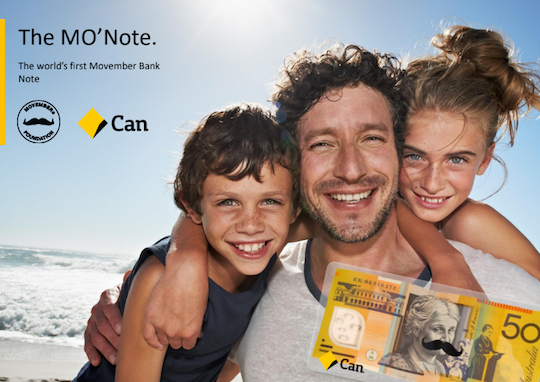 JH: It was a really nice holistic package that got people involved, but also answered one of the questions of the brief which is around creating social content. Signups for Movember start in September, which actually times nicely with Father’s Day in Australia. We would launch it on Father’s Day. We would use the bank’s massive distribution network to get the notes in the hands of Australian mums. They could essentially take a photo on Father’s Day ‘dobbing their husband in’ to participate this year and treat it as an opportunity to get the whole family involved.

NK: Like a family selfie. That already happens on Father’s Day when everyone’s posting about ‘how great the dad is’. It’s the one day a year that happens.

JH: The other component of the brief was it had to be an idea that could be global. So you could have a local execution, but it needed to be something that could instantly go global. Most currencies have faces on them. So you could take that Mo’ Note anywhere. 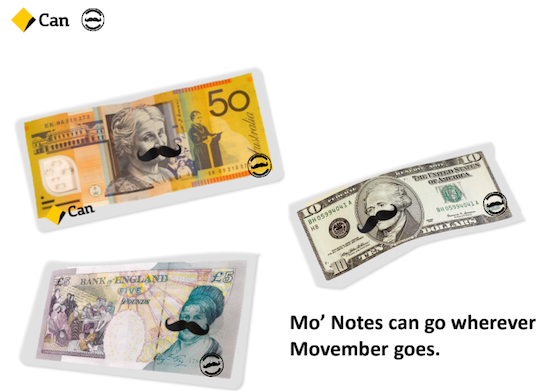 And why was it such a success?

JH: I think that the feedback we got from the judges on why it was one of the top three responses was again, very holistic sort of package, really understood the brand, but also as a physical thing so and tapped into an existing behaviour instead of trying to create something new.

NK: We also got some great feedback around how it was really honest, it really relied on just listening to people.

What is your advice for other young marketers looking to advance their careers?

JH: A massive one is just to be curious. While I’ve always been in marketing and advertising, the initial part of my career was in marketing research. Only through being curious, asking questions and being open to things that are new to you but exciting, can keep you at the forefront. Challenge yourself and do new things. Be curious, ask questions, explore.

NK: For me it’s just to find what you’re really, really good at in Marketing and try to amplify that as much as possible. Also, when you’re given the opportunity, swim upstream a little bit, because you never know what you’re going to learn about yourself. This probably wraps it up for the both of us: we’re in an industry that is so reliant on listening to people. Really take the time to understand what consumers are doing, feeling and thinking about your brand. Because in the end, what you’re producing is for them and should consider them first.