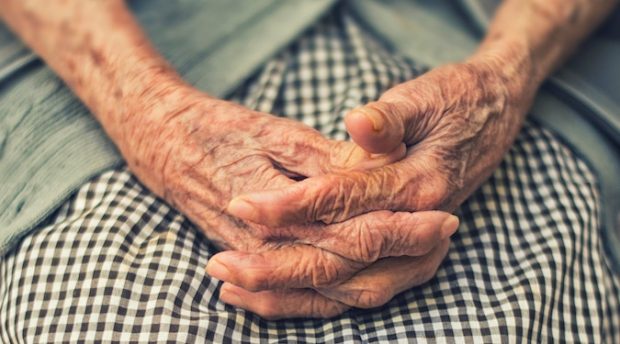 Gen Z girls are about to turn 23, yet many brands still don’t take them seriously and even worse, keep mixing them up with Millennials. Stacey Hicks explains why it’s time for marketers to stop obsessing about Millennials and start engaging with Gen Z.

A wise man once said, “How can you say young girls don’t get it? They’re our future. Our future doctors, lawyers, mothers, presidents. They keep the world going.”

That man wasn’t a great philosopher or politician. It was Harry Styles.

Styles was talking to Rolling Stone magazine about being pressured to target older audiences rather than Gen Z and his point is totally valid. Whether we’re talking bands or brands, too many marketers are overlooking the importance of Gen Z.

But we’ve now reached a generational turning point. Forget Millennials. Gen Z has the power to turn around the fortune of your brand or business.

Many marketers are still struggling to embrace this generation. Often when I say Gen Z, people picture a 12-year-old girl. But the oldest of this generation started turning 22 in January and that means many of them have already been working for five or six years. Gen Z is not just our future, they’re already here. Ignore them at your peril.

Still not convinced? Consider this: Gen Z girls have more than $13.5 billion at their disposal, they’re incredibly driven and business-savvy with many launching their own businesses before they hit high school. They could be one step away from running your company or coming up with an idea that completely disrupts it.

So you want to talk to them. But before you do, you need to quit lumping them in with Millennials as a ‘youth audience’.

Girlfriend recently conducted a piece of research to help us better understand Gen Z and how they differ from their older Millennial counterparts.  The findings were fascinating. To prove my point, do you know this guy’s name? 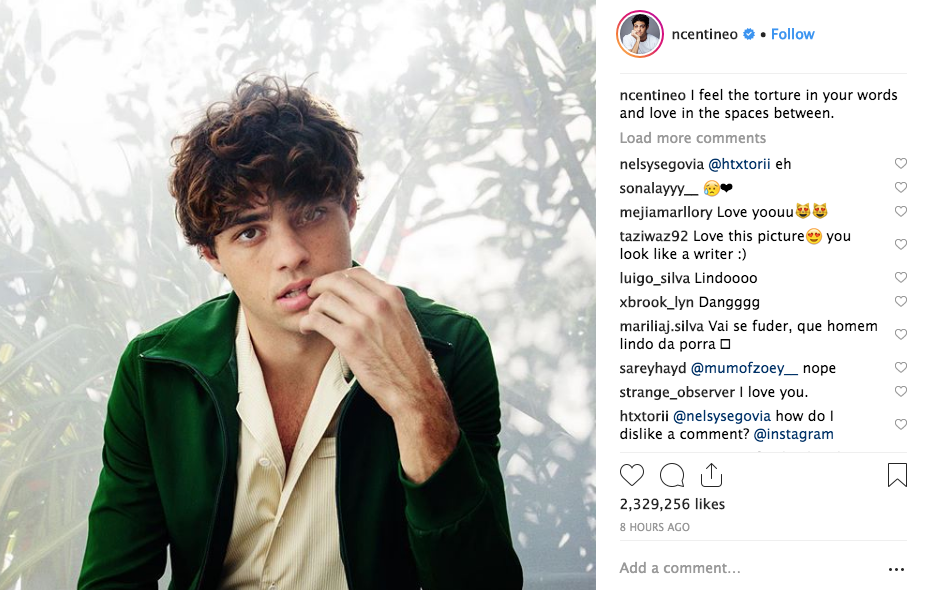 Any self-respecting Gen Z girl will know this is Noah Centineo from the Netflix hit movie, To All The Boys I’ve Loved Before. He set records by gaining 1 million new Instagram followers in less than 24 hours when the movie dropped. At last count, he’s up to about 15 million. This shows the incredible power of this demographic and how quickly their interests change.

Ask Millennial girls who he is, even those still in their 20s, and you will get blank faces.

And this is just the tip of the iceberg. We found vast differences in outlook and attitude even with the youngest of Millennials and the oldest of Gen Z girls. They may only have an age gap of two or three years, but their mindsets are miles apart.

As the video demonstrates, Noah isn’t the only topic Gen Z girls and Millennials differ on.

If you skipped the video, I’ll summarise for you: the two generations are nothing alike. The Millennial girl isn’t even a girl anymore – the oldest members of the generation are soon going to be turning 40.

This age gap means the two groups grew up at very different times. After going through the GFC and the war on terror, parents of Gen Z taught them that the future isn’t guaranteed and to be more realistic about their prospects.

There were no helicopter parents for Gen Z and that’s given them the confidence to create their own system if they don’t see a way forward. Instead of working the system, like a Millennial, they’re prepared to just ditch it altogether.

Pop culture during their teen years also reflects this differing mindset. Female Millennials were watching Mean Girls and listening to Britney’s Baby One More Time, while Gen Z had The Hunger Games and The Fault in Our Stars.

Gen Z is at the point of self-discovery rather than defining themselves, and while there’s a misconception that they’re self-absorbed, what they actually are is self-assured.

Related: Why fascination with Millennials says more about the marketer than it does the generation »

As you can also see in our research video, these girls care about their privacy. They’ve learned from Millennial’s mistakes and are the first generation to put privacy above everything else.

What that means is that their approach to social media is completely different. Gen Z girls are increasingly shifting away from sharing personal details of their lives online, preferring to use social media to engage with others, not put themselves on display.

As an experiment, I picked 20 profiles at random of users who were interacting with Girlfriend on Instagram. Not only was every single one of their profiles set to private, but the most amount of posts I could find by any of those users was 30. Most of them prefer not to have any personal posts whatsoever, using the platform to communicate rather than share any details about themselves.

Gen Z is so conscious of how they’re portrayed both offline and online that they curate their lives in a much more sensible way than the Millennials before them.

The generation with a conscience

These young consumers are also more socially conscious than the generations that preceded them. They really care about the brands they’re using and know the ingredients in every beauty product in their makeup bag as well as which country their clothes were made in.

Back in the day, a business could be a black box, and for outsiders, it was pretty hard to see what was going on inside. But now this audience wants the brands they interact with to be a glass box where everything is visible.

That means every process, every value, every employee needs to be transparent. Gen Z can sniff a rat a mile off and aren’t afraid to call out a brand if they see something they don’t agree with.

A recent example is the BECCA Skin Love Foundation campaign. It was launched to display Becca’s new range of shades, but eagle-eyed consumers noticed that the palms of the darker models looked suspiciously coloured in and called the company out online. 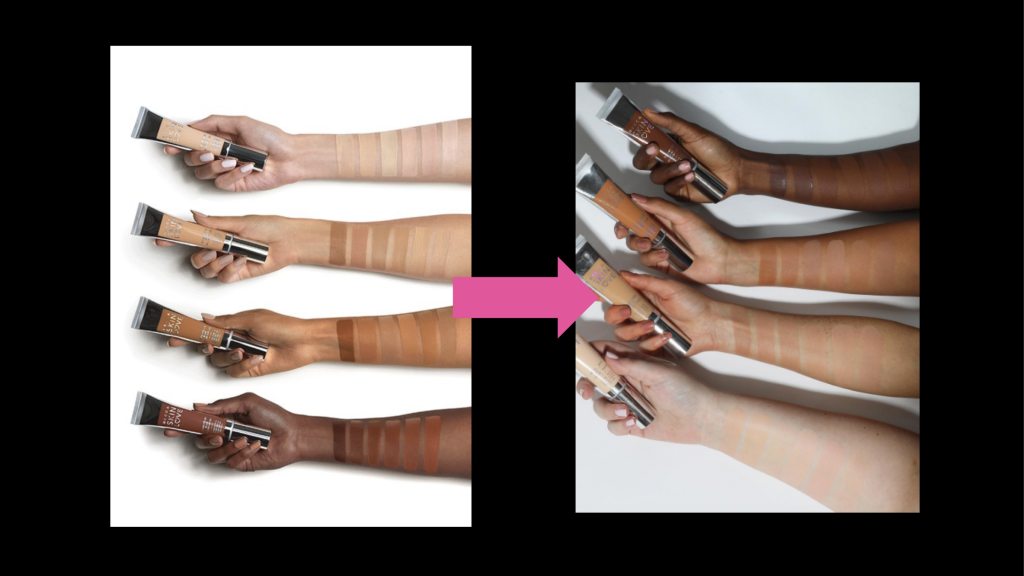 The response from BECCA was swift with the brand announcing, “We acknowledge the way we adjusted the image missed the mark and are deeply sorry for this oversight. Truth: BECCA is committed to showcasing the lightest to the deepest skin tones and hiring inclusive models for our campaigns. To demonstrate this commitment, we’ve re-shot with real girls from the BECCA office.”

Trust is everything to Gen Z. They aren’t afraid to demand better from the brands they use and if they don’t see themselves reflected in a brand’s marketing, they are not going to engage with it at all.

So what does all this mean for your brand? The key takeaway for marketers is that if you’re a well-established brand still trying to target ‘youth’ in the same way you were even two years ago, you’ll completely miss the mark.

Don’t underestimate this audience because Gen Z women are making money, they’re voting, they’re socially conscious and they’re making change. But there’s one thing they are definitely not, and that’s Millennials.

Stacey Hicks is the editor and content director for Girlfriend

« Five things marketers should know about their digital agencies, but don’tHidden channels? How SMS is changing these three industries »