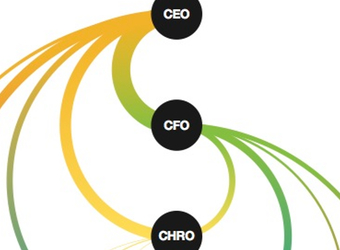 The C-suite forms an intricate web of relationships, according to a global study by IBM, with the CEO working side by side with the CFO, while his or her next-closest relationships are with the heads of HR and marketing.

The global C-suite study, titled ‘The Customer-activated Enterprise,’ asked members of the C-suite which two colleagues they work most closely with. Their answers illuminated the intricate relationships that exist within the boardroom (see figure below).

As a result of the additional insights they provided when interviewed, the IBM report claims to have uncovered the core elements of success. Among other things, that one of the features that distinguishes outperforming from under-performing enterprises is how well the C-suite works together as a team.

This study is based on face-to-face conversations with more than 4000 C-suite executives worldwide, including:

The strength of relationships illustrated in the figure are based on the above sample’s response to the question: ‘Which two C-suite colleagues do you work most closely with?’ 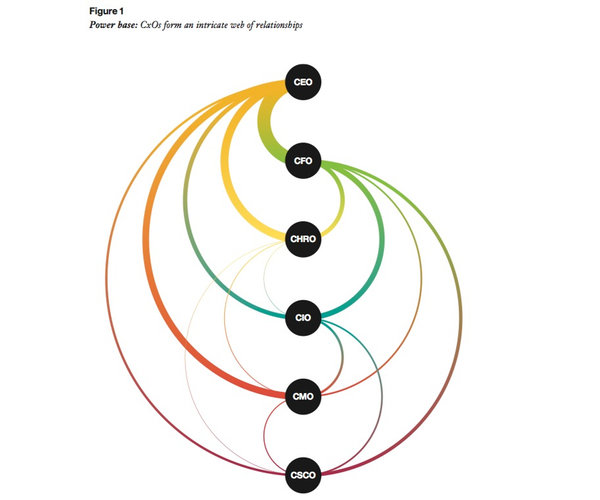 IBM’s global C-suite report also sheds light on how each CxO views the world, how they communicate with their boardroom colleagues and how each discipline is preparing for the future.

Free download: for readers interested in downloading a copy of the CMO insights from IBM’s global C-suite study, you can support Marketing by doing so using our download page, here »