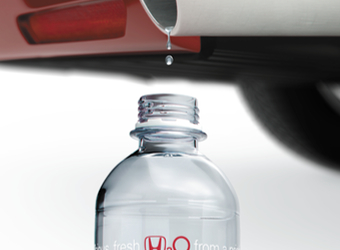 This stated commitment to a cleaner future has led Honda to develop the Honda FCX, the world’s first mass-production car that runs only on hydrogen.

The only emission from the FCX’s exhaust is water that is apparently so pure and clean that you could put it in a bottle and drink it. Which is exactly what Honda Australia and Leo Burnett Melbourne are trying to show by launching H2O, the first water brand created by a car company.

Symbolic water, rather than actually from the exhaust pipe of a car, H2O was distributed in Palace Cinemas nationally.

“We believe in ‘The Power of Clever Thinking’,” says Jason Miller, Honda Australia’s general manager of communications and customer. “Our work designing cars like the FCX is the embodiment of this ethos. H2O is an engaging way for us to demonstrate our commitment to reducing our environmental footprint to people, instead of simply telling them.” 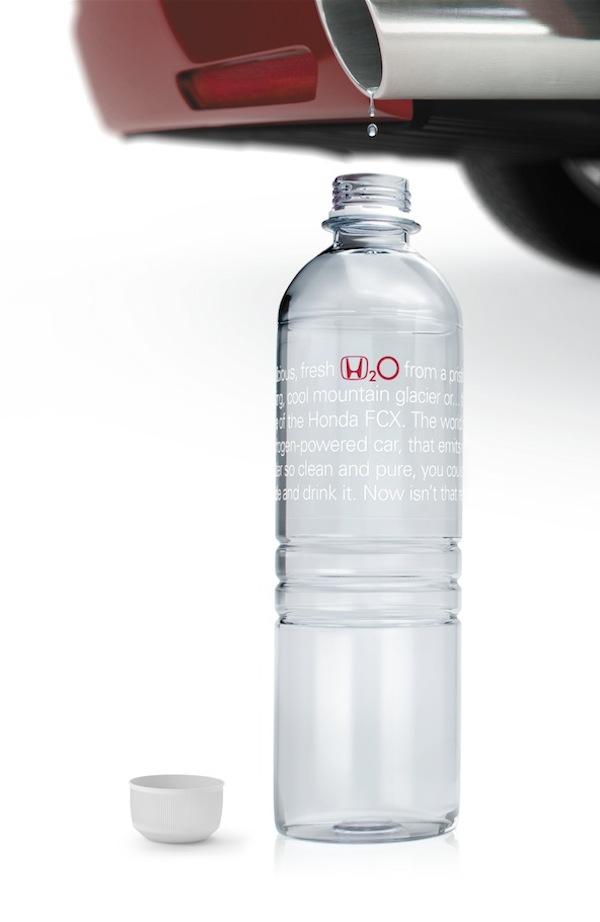