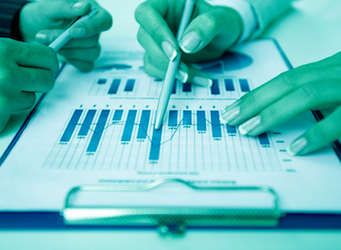 This is the second part of a two-part feature exploring the relationship between marketing and procurement. In the first part, we looked at the expanding role of procurement becoming more involved in various parts of business, including marketing departments.

Many marketers are unhappy about the cost-cutting that often comes with systematisation and how this can stifle the creative elements and long-term goals of marketing. This part of the feature will delve further into tactics and approaches to take in marketing when dealing with procurement issues.

Procurement expert and passionate advocate Tania Seary, who has started multiple businesses to service the discipline, has a bundle of catchphrases she pulls out to explain why marketers should value procurement professionals’ input into their decision-making.

One of these is ‘Process is liberating’ – and she says it convincingly.

“It’s all very structured and the guidelines are set up very well if procurement’s involved and people know what they’re dealing with.”

Seary is adamant that procurement professionals, “If they’re doing their jobs right”, simply act as value-adding helpers to decision-making, rather than taking away control in the way marketers often perceive.

This brings us to another catchphrase: “Everyone needs to have an unreasonable friend”.

“In your personal life you need someone who’s going to say to you, ‘Tania, no. This is how it is,’ and I think it’s the same in business, procurement’s like your unreasonable friend who will really challenge you,” Seary explains.

“But then it’s up to you to make the decision because you’re the one who’s going to have to go to your CEO and report on what you’ve spent and what your ROI is.”

Former FMCG marketer and Percolate owner Mike Harley is a supporter of increased involvement of procurement in marketing but admits that this often means a lessening of control for marketers.

“It’s being taken out of their hands either because the business is in a very difficult situation or the marketing team hasn’t been proactive enough in managing cost, or at a more executive level, that conversation hasn’t been held clearly enough up front around the role that marketing plays in adding value to the broader organisation.”

The challenge for marketers, which Harley currently negotiates in his business, is to clearly communicate the role and value of marketing to chief executive officers and other business leaders.

“Work closely with procurement rather than seeing them as the enemy. It’s really up to the most senior marketing person along with their executive to actually sell the role that procurement can and should play in actually helping develop a more valuable relationship with their agency partners.”

“We were built on a model that was way too well remunerated. For 40 years when we were on 17 and a half percent media, no one had to think about getting paid, and the industry became used to doing things for free. Then the disintermediation in the industry and the separation of media from the agencies caused a big problem.

“So we went to an FTE model – pieces of people bundled together to try and give a solution – it’s a crazy financial model, it’s not a creative model.”

Zeigler is working to transform the way clients work with agencies to more of a creative, strategic partnership away from single campaigns.

“90% of what clients believe agencies are there for is to respond to a brief that the client’s prepared that will make the agency deliver a television or a communications piece. But thats not the creativity that I think agencies have brought to the table to give clients value. It’s not about ads, it’s about creative reinvention.”

The challenge to transform is a tough one. But Harley believes a bigger agency is far better equipped to deal with financial pressures than a smaller one.

“It’s got more clients across its portfolio and therefore it’s able to cover its overheads across a number of different clients. If some clients are very strong and disciplined, they can recover some of their overheads from the businesses that aren’t as strong.”

“I think for smaller agencies they’ve got to work a lot harder at actually showing how they create value.”

Zeigler is a strong believer in the cycle of large, successful advertising agencies attracting the best talent and therefore producing the best work.

“The client only needs to know one thing to select an agency – who’s already doing great work?

“What’s the determinant of an agency that can do great work? It’s really simple: one that already is.”

But Tania Seary believes there’s more to getting success out of agencies than simply choosing the biggest or most expensive.

“I don’t think paying someone more money leads to greater creativity. There’s a lot of onus back on the marketing director to get the brief right – what they’re trying to achieve out of it, and making sure what’s presented matches back to that.”

A smaller brand may be just another client to a large agency, but they could be ‘everything’ to a tiny boutique agency full of staff that feel connected to it, she explains.

The benefits to employees in medium companies include greater access to and relationships with management, being empowered with more purpose and simply being “not part of a machine”, Khor explains.

“In my experience smaller companies are more agile and innovative when it comes to making decisions whether they are about people (recruitment) or advertising or creative ideas.”

Large companies, whether agency or client-side, often require consensus which leads to everything becoming “a little beige”, Khor suggests.

“When you have consensus thinking, you hire the safest people, you launch the safest product and you approve the safest advertising campaign. In smaller environments, the approval process is usually simpler and managers are usually more empowered to make more timely, innovative and intuitive decisions.”

Khor agrees with Harley that small agencies face a tough challenge to justify their existences as procurement becomes more interested in calculating the value of agency partnerships.

Marketers may struggle to justify the often higher costs of hiring boutique agencies who are unable to benefit from economies of scale as larger agencies can.

Any service provider stuck in the middle of these two extremes will struggle to stand up to the ruthless questioning of a potential client’s procurement department, he suggests.

Tania Seary reiterates that procurement people look at the value of agency relationships in a variety of dimensions other than pure financials.

“There’s no use being a cost reduction guru when your CEO’s looking for growth. You need to be managing costs but you need to be thinking about how you work with suppliers to grow the business with new products, new geographies, whatever. But if your CEO’s like, ‘Right, we’re under pressure here, it’s about reducing costs,’ well everyone should be in sync with what the business strategy is and supporting each other, ideally.”

And of course that includes marketing.

“Everyone wants the company to succeed,” she continues. “Procurement people are just trying to drive the best outcome.”

« NAB: Most Australians say they’re good at managing money but one in five are living pay to payHow Optus’ 90-day real-time marketing experiment will work »