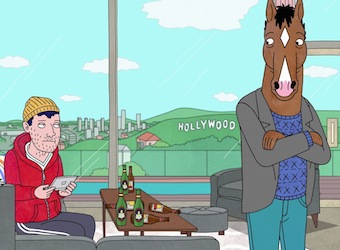 After months of speculation, Netflix has officially announced it will launch in Australia and New Zealand in 2015.

Streaming movie and TV subscription service Netflix is heading down under, announcing today it will expand into Australia and New Zealand in March 2015.

It’s an announcement that shouldn’t surprise anyone – that Netflix is coming has been a poorly-kept secret for a number of months, and Australian users in the hundreds of thousands have been skirting geoblocks to access Netflix ‘unofficially’. That latter fact has led to local rights holders lobbying Netflix to do more to block access by Australian residents, according to tech publication Cnet.

At launch, the Netflix offering will include other original series such as Marco Polo, BoJack Horseman and DreamWorks Animation’s All Hail King Julien.

Other popular content that Netflix provides to US audiences will not be available due to other media outlets, such as Foxtel, holding the exclusive rights in this market currently. Notably absent from this announcement were the phrases ‘House of Cards’ and ‘Orange Is The New Black’, two of Netflix’s most prominent original series, which are available in Australia on Foxtel.

Netflix now reports more than 53 million members world-wide, and the addition of New Zealand and Australia would bring the number of countries and territories in which it operates to more than 50, including the US, Canada, Latin America, the UK, Ireland, Denmark, Finland, Norway, Sweden, the Netherlands, France, Germany, Austria, Belgium, Luxembourg and Switzerland.

Netflix will be available at launch on smart TVs, tablets and smartphones, computers and a range of internet-capable game consoles and set-top boxes.

Details on pricing, programming and supported devices will be available at a later date.