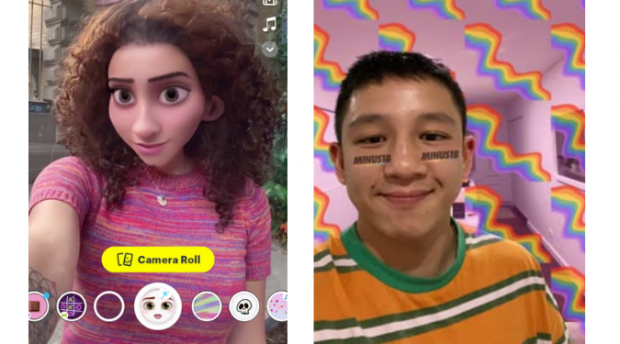 Everyday, people open up their Snapchat app and look to express themselves. Snapchatters have used 2021 to create futuristic and fun lenses with Snap’s inbuilt technology. To celebrate the best and most popular lenses, Snap names the best ones from 2021.

Looking to local creators and moments, Snap is rewarding the community by celebrating those who created and used lenses the best.

Snap’s ‘Lens of the Year’

All over the world, people turned themselves into their cartoon equivalent. From celebrities to pets, the cartoon lens was viewed over seven billion times. Among those, six million Australians used the lens. It brought in over 98 million impressions.

Top Brand Use of Augmented Reality

Global fitness app, Sweat, partnered with Snapchat to launch a fun augmented reality workout Lens. The app was able to use Snap’s 3D technology that is able to track the users whole body. From squats to reverse lunges, the user is given the correct technique and form. Thelens is able to make users at-home workouts easy and fun.

In partnership with Hyundai, Snap created an interactive Lens for users to bring the new Hyundai Kona into their own space. The lens allowed Snapchatters to explore the car from the comfort of their homes.

Sophia Dominguez, Snap’s head of AR platform partnerships, says, “We’re amazed by the creativity and technical prowess of our community that has supercharged Snapchatters’ appetite for augmented reality. This year, we’ve continued to see Lens Creators, as well as our team here at Snap, build Lenses that not only help Snapchatters better express themselves, but help them learn about the world around them and solve problems in their daily lives.”

BY ON 16 December 2021
Liv Croagh is the Editor of Marketing Mag.

« Party boy Corey Worthington is back, a little differentAustralian Lamb opens us up to the world »