Stoner Sloth gets roasted again with release of cost breakdown

Stoner Sloth gets roasted again with release of cost breakdown 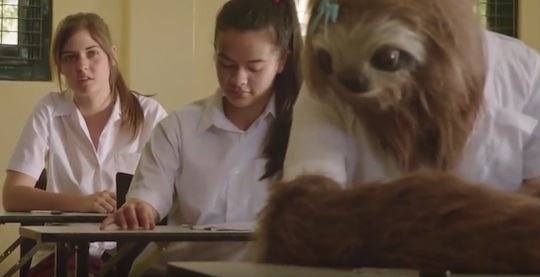 In the scheme of marketing things, an advertising campaign under half a million dollars isn’t large. In relation to the NSW Government’s total advertising spend, it’s less than a percent of what was spent last financial year.

However, because the ad was deemed a disaster and the amount of publicity it received, a relatively minor campaign that was only ever meant for Tumblr has attracted further criticism now that the cost breakdown has been released, with many asking just where the money went.

At the time, even NSW Premier Mike Baird took to Twitter to mock the ad, despite it coming from his own department.

Given over $100,000 was spent on research, it’s staggering that those behind the ads were unable to uncover that ‘stoner sloth’ is actually the domain name of a pro-cannabis group in the United States. In an ironic, albeit disastrous twist, the cautionary ads actually sent 10,000 unique visitors from Australia alone to the pro-cannabis site.

The NSW Government said the National Cannabis Prevention and Information Centre (NCPIC) provided the research for the ad, however upon its release, quickly moved to distance itself from the campaign.

In a statement the NCPIC said the campaign did not reflect their views and there had been a lack of communication surrounding the creative concept.

“The current Stoner Sloth campaign doesn’t reflect NCPIC views on how ‘cannabis harms’ campaigns should be approached, as was implied,” the statement said.

“NCPIC was not advised of or consulted about creative concept – the stoner sloth idea – and learnt of it at the same point as all other Australians when the campaign was released this week, so cannot provide insights into its development.”

There’s no denying the campaign failed to hit the mark and the public reaction to the price tag associated with it is understandable, however when put in perspective, without using hindsight, the campaign didn’t attract an overly inflated price tag. In fact, the figure could have been drastically higher had the attempt gone past an online Tumblr campaign and expanded into TVC’s and outdoor advertising.

For example, in 2014 the NSW Government spent $1,337,227 on an campaigns tackling alcohol-fuelled violence and a further $657,119 on a problem gambling campaign.

Despite the reduction in spending, the NSW Government was still in the top 20 entities nationally for online ad spending in 2014, according to data from Ebiquity.