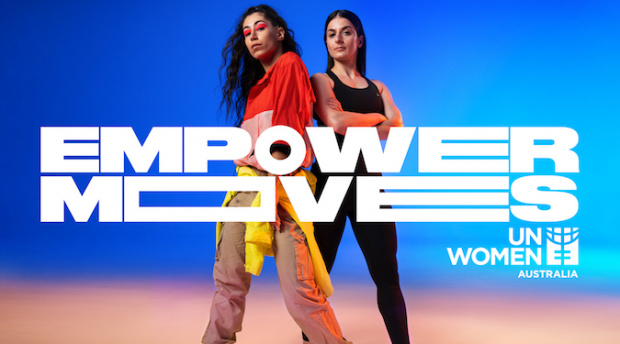 In the past week on TikTok a new trend emerged in partnership with UN Women Australia (UNWA). #EmpowerMoves is a TikTok dance with a difference.

What appears to be a standard TikTok viral dance trend has a difference. #EmpowerMoves was launched by UNWA, and is a carefully choreographed dance. The dance is a sequence of basic self-defence actions.

The idea of #EmpowerMoves is to create a movement through which girls can show their strength and support for a future that is safe. Currently being personalised by girls across the country, the series of four videos with the self defence moves were created by choreographer Karla Mura.

Launched by agency The Monkeys, #EmpowerMoves has been viewed over 10 million times. Chief creative officer Tara Ford says, “#EmpowerMoves is designed to be both uplifting and thought-provoking. While the combination of dance and self-defence is by no means a solution to the wider problem, it’s the beginning of an important cultural conversation for girls. It’s a positive step towards not only personal confidence, but a greater awareness of the larger societal issue many girls and women face every day.”

The campaign’s main aim was to celebrate strength and the challenges as faced by women. UNWA chief executive officer Simone Clark says, “When the world is safe and equal for girls – we will dance for joy. Until then, girls can dance to be fierce, dance to be powerful, and dance to show their voice for the equality they deserve.”

Adviser to UN Women Australia Sunita Gloster says of the hashtag: “#EmpowerMoves invites girls to have some fun and create a movement and conversation about gender  equality. It’s their language and their message, on a platform they live on. An equal future needs the voices of our girls and young women to be heard and heralded now. We have seen how potent this generation is at driving change.”

The campaign came ahead of International Day of the Girl, which is on 11 October.

BY ON 11 October 2021
Liv Croagh is the Editor of Marketing Mag.