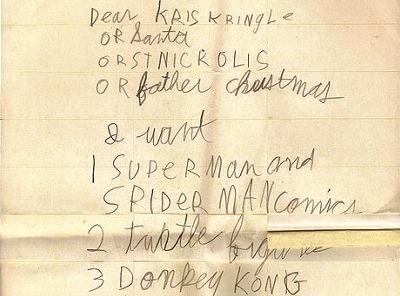 The Australian Association of National Advertisers (AANA) has released its second annual Christmas wish list, describing the key areas in which the association feels change or improvement is needed.

Here is the AANA’s list of wishes it hopes will be granted over the next 12 months and how they plan to address them:

Last year’s wish list was not fully granted, but AANA’s CEO, Scott McClellan, does claim partial victories in several areas, including auto-refresh on websites: “Although we didn’t bring a complete end to online auto-­‐refresh, we were encouraged when two of Australia’s top web publishers, Yahoo!7 and Sensis Digital Media, agreed to stop the practice, which we believe inflates audience numbers.”

“Meanwhile, we heralded the launch of a Guideline for Online Behavioural Advertising. OBA enables advertisers to send messages more effectively to the right online audience at the right time… It was important to put in place an effective system of industry self-regulation before government felt compelled to act on emerging privacy fears,” continues McClellan.

Additionally, the AANA is pleased the past year saw improvement in the reporting of circulation data by the major Australian publishers, Fairfax Media, West Australian Newspapers, APN News & Media and News Limited.