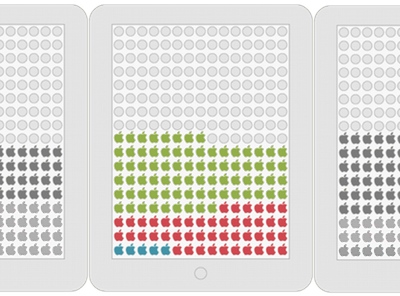 More than half of South East Asian mobile internet users are doing so via an Apple device, according to new data from digital research firm Effective Measure.

The study examined South East Asia’s ’emobile population’, or those that use the internet through a mobile device such as a smartphone or tablet (and also including iPod touch), which numbers roughly 22 million people in Indonesia, Malaysia, Philippines, Singapore, Thailand and Vietnam.

Similar results were found in an equivalent study of Middle East and North African mobile internet users, among whom Apple commands a 55% share of the market, although iPad (24%) trails iPhone (29%) in that region.

In South East Asia, Singapore was found to be the second most ‘Apple crazy’ country, after Thailand where Apple enjoys a whopping four out of every five mobile internet users do so on an Apple device.

Other brands with products in the top 10 most used internet mobile devices were Research In Motion (RIM, makers of the BlackBerry range of devices), Nokia and Samsung.

Note that device number three, the BlackBerry Curve 8520, is the cheapest BlackBerry, and among the cheapest smartphones, on the list. A recent subtle change in Apple’s iPhone marketing strategy has seen it keep the three-year-old iPhone 3GS from retirement, some say in order to target emerging markets and the low end of the smartphone market. This points to developing markets such as those in South East Asia as representing a significant opportunity for smartphone brands that have generally only targeted the high end of the market.

Tags:
Previous Article
How to mobilise enterprise with personal media devices
Next Article
Cider bubbling in a flat category