Are marketers putting Baby Boomers in the corner?

Are marketers putting Baby Boomers in the corner?

According to a new national survey conducted by Blaze, of more than 1,000 Baby Boomers, marketers are failing to understand and effectively engage with this section of society, running the risk of missing out on their sizeable disposable incomes.

With Baby Boomers outliving and outspending more than any previous
generation, the biggest finding of the survey was that this group don’t recognise
themselves in marketing directed towards their age group with 71% expressing
dissatisfaction with how they are represented in the media. In fact, 80% of
respondents say they feel the advertising industry assumes that all over 50s
are the same and 78% say they think companies tend to forget about their
generation when developing new products and services.

69% of respondents also said they felt patronised by representations
of them in the media and many of this audience have now become increasingly
immune to marketing.

“Baby Boomers are at an enviable stage of life where their lives and possibilities
are opening up with more freedom, time, dreams and money,” says Sara Garcia, principal of Blaze.

When asked about brands whose advertising rated highly with this group,
examples provided include Volkswagen, Uncle Toby’s Discovery and Rocky
Mountains holidays. The notion of ‘Florida Seniors’ enjoying a positive, active
sex life in the US-based campaign for safer sex for seniors also resonates well
with this Australian Boomer consumer.

“Baby Boomers are at an important point of change and discovering a new sense
of freedom,” says Garcia. “Rather than retiring from the social, physical,
financial and pleasurable pursuits we normally associate with younger
generations, Baby Boomers are actually hungry for more and better experiences.”

Confirming this, the survey revealed that 72% of Boomers are willing to try
new brands. But in the face of being largely ignored by marketing, they are
proactively and confidently seeking their own information independently through
online peer group reviews as well as word of mouth. 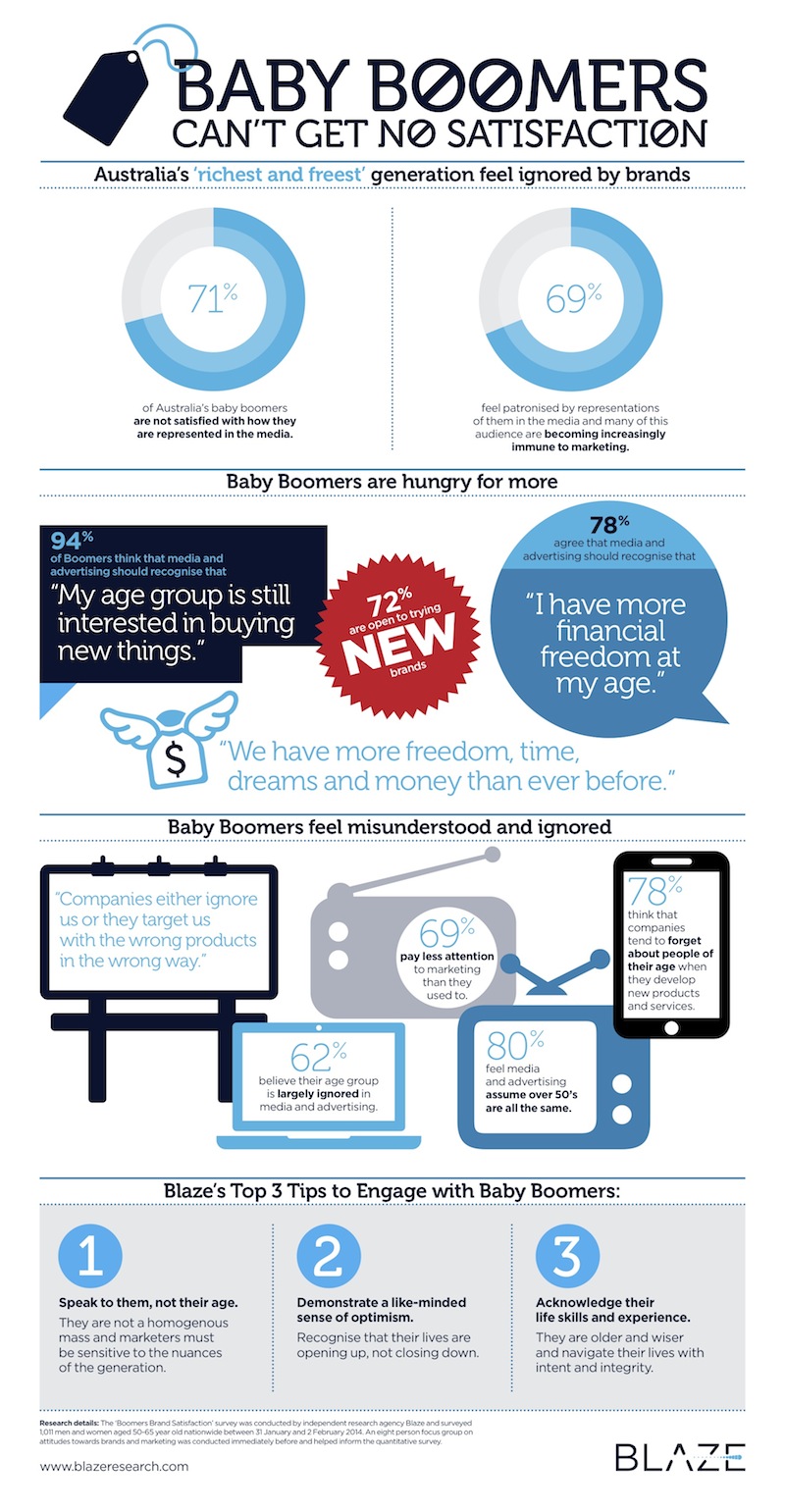