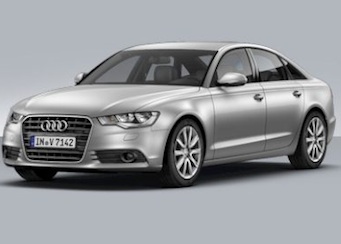 Audi Australia have launched a new campaign for their new A3 Sportback with VIVID Sydney.

The ad campaign includes national TV, cinema, lift ‘wraps’, radio, OOH, print and digital executions, while artistic interpretations of the A3 will be projected onto the back of the historic George Street warehouses during the Vivid Ideas festival in Sydney.

The projections will be visible to people walking between Camp Cove to the Museum of Contemporary Arts at The Rocks.

“The locally developed headline ‘Ahead of its class’ is a confident statement on the positioning of both the Audi A3, paying homage to our launch and continued development of the premium compact segment, and also to the Audi brand ethos – Vorsprung durch Technik,” says Audi general marketing manager, Kevin Goult.

“This campaign also sees us making the most of the largest out-of-home buy the company has ever purchased, with eye-catching billboards and clever media placements like our elevator wraps and consecutive street panels that allow us to promote the high level of quality on both the car’s exterior and interior, and standard features like leather upholstery, automatic climate control and multi media interface with touchpad, a full colour slimline pop-up screen and integrated radio,” Goult says.

The A3 has more than 2.7 million customers worldwide since it launched in 2007 and almost 18,000 Australian customers have owned the A3 since it was first launched.

Tags:
Previous Article
Shock jock Alan Jones re-signs with 2GB
Next Article
Where are the student protests in the 2000s?