Babies versus teens: how to reach the mums of each

Babies versus teens: how to reach the mums of each 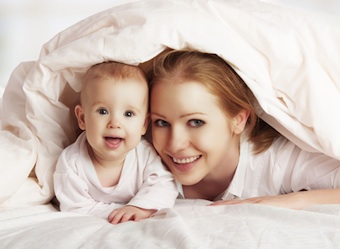 New research on Australian mums has revealed mothers of infants are happier than those with teenagers and the average mum is going back to work earlier than ever before.

The study was conducted by parenting website Kidspot which surveyed more than 3000 mothers earlier this year. The research showed the women’s children were their greatest source of happiness and that mums of children under one year are on average happier than mums of teenagers.

Mothers of younger children were was also more optimistic about the future and more likely to report that their relationships with their children and family exceed or greatly exceed their expectations. The main cause of stress for a mother with a child under one year was managing the household finances, whereas a mother of a teenager was found to be more focused on maintaining or achieving her ideal body weight.

Kidspot also found that the majority of mums were found to be returning to work after her child turned one. A full 61% of mums elected to take the first 12 months off and stay at home with their baby, while 39% work during that period either full or part time. This reverses when the child is aged between one and two years with 60% of mums working by that age. By the time her children are teenagers, 78% of Australian mums are in the workforce.

The research also found there was only a mere half hour difference in the amount of time a mum of a child under one year spends online each week compared to that of a mother of teenager. However, mums of children under one year are far more engaged with social media, spending 50% more time on social networks (three hours more) every week than mums of teenagers. Mothers of infants under one year of age were also found to be hanging out in online parenting communities whereas mums of teenagers are more likely to be found on food and recipe sites.