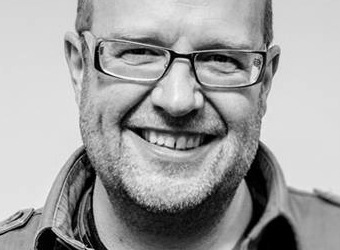 In this open plea to those in pursuit of the next Big New Idea, Sven Baker has news for you: give it up. Instead, he argues, businesses (even those undergoing transformation) should focus on everyday innovation.

Recently I had the pleasure of competing in the ‘Battle of the Big Thinkers’ at Circus – The Festival of Commercial Creativity in Sydney. Now, a long time ago I said to a mate,

“If I wanted applause I would have joined the circus” – a statement that now seems prophetic, as that’s exactly what I received after winning my bout.

The rules of the fight required us to deliver a knockout 15-minute Big New Idea presentation that was then voted on by an audience of creative professionals to determine a winner. Here’s what I said…

In the tradition of any Kiwi sportsman competing in Australia I might as well concede defeat before I start.

I’m sorry as I have no big new idea. No profound insight that will shake the foundations of conventional wisdom.

One week before attending the festival I thought I did have an idea. It was centred on the transformative role of design. Up until that time, I was convinced of the power of design thinking to transform business performance.

I was going to be generous with our intellectual property – I was going to share our transformation process, peppered with illuminating case studies.

Cases such as how we’re working with New Zealand Post to revolutionise the experience of sending from confusion to clarity, an experience we co-created with customers.

How for Air New Zealand we’ve helped bust the drudgery of airport queues with a world-first express check-in experience. And transformed the nightmare of cattle class into the joy of ‘cuddle class’.

And how we’ve shifted Telecom retail from selling handsets off the wall to selling with engaging learning environments designed around the user’s world.

All of which were aimed to demonstrate simply that ‘design is a good idea’.

But it appears it isn’t so.

A week before the festival, disaster struck. I was checking my email and I clicked on a Fast Company link and there it was, to my horror! A blog by design commentator Bruce Nussbaum. The headline read:

‘Design thinking is a failed experiment. So what’s next?’

The last 10 years of my life flashed by in an instant. All my professional endeavours had been for nothing. Design thinking, it appears, was making way for a new ‘conceptual framework’, CQ, or creative intelligence. It was the worse news I could have received days before speaking at this conference.

I was in deep trouble. I needed a newer, bigger, brighter, better, 10%-less-fat idea and I needed it fast.

A very long shower failed to provide any revolutions, so I went to the Big New Idea trailblazers of our industry for inspiration.

I started with the godfather of ideas, Kevin Roberts – the first person to recognise that ‘brand loyalty’ was an expired notion and whose ‘love mark’ idea provided the answer to marketers around the word.

I consulted John Howkin’s 2001 bestseller, The Creative Economy, a brilliant book that became a user’s guide to making money from creativity.

And finally, Good to Great by the legendary Jim Collins, in which he concluded that the common secret of great companies was that they all had a single organising idea.

The list goes on. Just search ‘design thinking’ on Goodreads.com and you get 459 titles.

A stark realisation was sinking in.

With so much already written on the subject, the obvious question arises: is there any room or, indeed, need for another Big New Idea in the lexicon of design?

Then it hit me like a left hook to the temple. Many of these Big New Ideas were just variations on the same theme, the same idea repackaged in a new form.

Why do people feel compelled to constantly reclassify the same basic concept with new terminology? Why do they try and validate their new idea by claiming that the previous big idea was a failure?

Perhaps because the reality is most game-changing ideas don’t start out big at all.

They come from humble beginnings and with any luck grow. But sadly they often wither on the vine because they fall into the ‘too hard’, ‘too expensive’, or ‘are-you-crazy?’ baskets.

Invariably it’s not the idea that’s the issue. It’s the difficulty organisations have with embracing new thinking and driving the operational changes required to commercialise them successfully.

I believe we need to shift our focus from obsessing over the next Big New Idea to finding ways to help businesses successfully implement what we call ‘everyday innovation’ – the many small ideas that cumulatively lead to transformational change.

When Steve Jobs was asked why the iPod was such a phenomenal success he didn’t claim it was a brilliant new idea – it wasn’t. He simply replied, “We got it into the shops.” He understood that brilliant implementation was the key to its success.

So what’s the problem?

In my experience, many businesses are just not built to leverage creativity. While they embrace the concept, they’re too often governed by rational and risk averse people and processes.

Business choices are too heavily informed by category conventions, overseas best practice or traditional consumer research that, at best, give them a clear picture of what’s in the rear-vision mirror.

So what are the climatic conditions in businesses that do embrace design-led thinking and use it to drive successful innovation, or even reinvention?

I’ve looked back over my 30 years of experience with clients, at where we’ve been successful and where we’ve failed, and I’ve concluded that the difference between success and failure boils down to six vital ingredients. I’ve called these the ‘ideal growing conditions’. Together they seem to create the right ecosystem for transformative thinking to become reality.

Transformation is more likely to happen when a company is operating under an expired business model and there is open recognition that the status quo is no longer sustainable. When it’s unavoidably clear that the organisation can no longer just communicate its way out of the problem, the time has arrived for fundamental change.

A business in crisis is a business in need of a visionary leader. These are individuals who enthusiastically embrace the need for change. People with absolute clarity about where they want to go and the ability to communicate it in a way that inspires others.

Visionary leaders inspire new thinking and are able to facilitate agreement around setting a new direction. They ask the tough questions: what is our higher purpose? What business are we in? What market niche should we own? What shared values work for all stakeholders? And they invite participation in the process of finding a solution.

Visionary leaders need inspired followers. These are the true believers, the passionate champions of change inside an organisation. They are brave and energetic flag carriers for the cause. These are the people we seek out in our work. We love them – they get things done!

Mavericks by nature are pioneers. They love going somewhere new. This may mean breaking some rules along the way – the rules of the ‘old business’ and the rules of the category. A pioneering spirit takes us to the far side of a brand where we discover the new. Which brings me to the final but perhaps most important attribute…

Rule breaking means risk taking. The key is managing the risk and overcoming the fear of the unknown. It’s about being informed by research, not led by it. It means ‘launching to test’ using the consumer as a designer. Co-creating, prototyping, live testing, improving and then perfecting. This all takes courage.

So there you have it. The six attributes I look for in a client when embarking on a transformation project. In conclusion, my proposition to you is this: beware of the Big New Idea. Don’t be paralysed by the pursuit of it. Don’t wait idly for the light-bulb moment. Get on and nurture the right growing conditions for everyday innovation to flourish. And focus on implementing brilliantly!

Previous Article
Lone wolves: B2B marketers in APAC struggle with workloads, staff and agency support
Next Article
What’s a ‘customer-centric’ experience and how do I follow best practice?