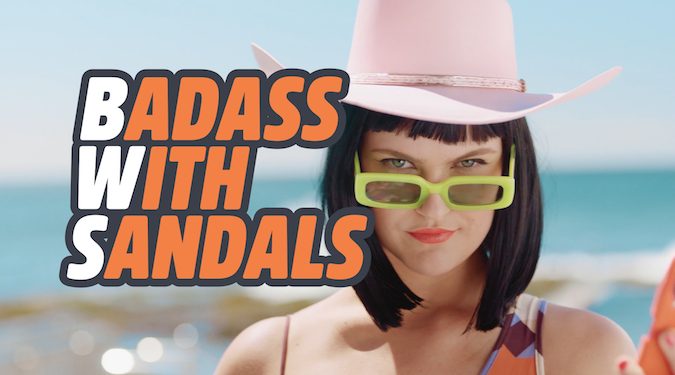 Aussie surfing legend talks about his new life, BWS is celebrating a Sydney summer and an important message through some cheeky copy. This is what happened around the country this week with campaigns.

He was one of Australia’s biggest names in surfing, but since stepping back from the sport, what’s Julian Wilson been up to? Well, according to Oakley’s new ‘Be Who You Are’ campaign, quite a bit. From free surfing to skateboarding and some motocross riding, Wilson has been keeping busy.

The campaign, released in October 2021, was accompanied by a short film that highlights the adrenaline junkie’s life. Showing him being a dedicated father and doing what he loves, the campaign is a celebration of self-expression.

Wilson is the new face of Oakley, and says that he’s “stoked to be releasing this video. This is my opportunity to show the world my motivation behind stepping from surfing. Now has never been a better time to strip things back and forge your own path – that’s what ‘Be Who You Are’ means to me.’

After two years indoors, we’re all excited for a summer outside. To celebrate, BWS has launched a cheeky campaign. Big Wonderful Summer plays on the BWS initials and celebrates Aussie summer traditions.

The initials are used for other Australian icons: Boldly Worn Smugglers, BBQ Without Salad and Badass With Sandals.

The campaign runs for two months, and highlights why BWS is the most convenient bottleo this summer. From one hour delivery time to a 30-minute pickup. Summer is just around the corner, and the drinks are on ice.

With summer approaching, the Melanoma Institute Australia (MIA) has launched their summer campaign ‘Game On Mole’.

Using cheeky and uniquely Aussie colloquialism, the campaign comes with a slogan tee as well.

Australia has the highest melanoma rate in the world, with one person diagnosed every 30 minutes. Most common in 20 – 39 year olds, early detection of moles can be lifesaving

Previous Article
New features starting to roll out on Instagram
Next Article
Effective collaboration, from anywhere