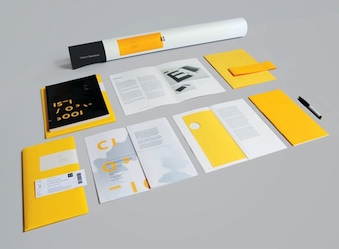 The cream of the design community gathered in Sydney on Friday night to help celebrate the 2013 Create Design awards, hosted by Marketing‘s sister publication desktop magazine.

The list of winners bore many big names, like Frost* and RE, but some surprises too, with studios of much smaller, even singular, sizes taking home trophies, like sole trader Dave Foster winning the Typography category and receiving a highly commended acknowledgement in Illustration.

There was a bigger surprise to come, however, with Project of The Year – a $5000 award given to one of the category winners – going to Swinburne graduate Andrew Robertson. It is the first time in Create history that a graduate had been awarded over professional studios.

Across 13 categories, the accomplished David Lancashire, Mark Gowing and Jenny Griggs judged the many outstanding entries, highly commending 23 of them, awarding 13 winners and the one Project of The Year.

Take a look at the shortlisted entries and check out the winners below. Meanwhile, we’ll be raising a glass to Australian design.

The awards were announced as follows:

The Emerging Talent category brought in some astonishing work from our country’s students and graduates. Irit Pollack, a final year student at UTS, and Francisca Sallato, a 2012 graduate from Shillington College, were recognised as the highly commended designers of the category. And, as we said above, Andrew Robertson was announced the winner.

Identity had a huge response this year. Frost*’s Historic Houses Trust identity and Work Art Life by Studio Pip and Co.’s Pet Grocer project were highly commended, with the Melbourne Recital Centre work of RE & Alexis Waller announced as the winner.

Illustration was another popular category, with many design studios around the country using illustrations in their projects this year, and illustrators promoting and publishing their own work. The self-published book Riddles, Sorcery and Deceit created by the ever-popular Webuyyourkids was a highly commended entry, along with Dave Foster’s Tour de France Anniversary poster. The exuberant agIdeas poster by Work Art Life by Studio Pip & Co. was awarded the trophy.

Photography represented a very diverse category, where the work of Hilary Walker and the collaboration between James Braund and Clear Design were highly commended. Tomasz Machnik’s striking Masked Intentions piece was awarded the winner.

Typography was another diverse category, representing the manifold talents in our country. Wing Lau was highly commended for her Chamber Display typeface, as were Swear Words for the gorgeous type forms in the Cafe Amalia identity. Dave Foster was announced the winner for his Blanco ‘workhorse’ typeface.

There was one awarded entry in the Interactive category, which went to Canvas Group’s Object Magazine #63 project. The Website category was the recipient of some excellent design and user experience, in the form of SouthSouthWest’s Jardan website and Swear Words’ Ezard project. Frost* was picked as the winner with their comprehensive website crafted for Penguin Books.

The Motion category highly commended the slick work of Decoy Studio and Tony Zagoraios for Pause Fest, and Antibody’s Watch Dogs Blackout trailer. Breeder was awarded the trophy for the opening titles for the Analogue/Digital Creative Conference.

The Packaging category was swept clean by Voice, who were highly commended for their Rio Coffee work, as well as awarded a trophy for their Hither & Yon wine labels.

Print Commercial and Print Creative had a monumental response this year, with a mix between commercial, studio and self-initiated projects. In the Commercial side, Liminal Graphics’ Sea Stories project and Frost*’s charitable OzHarvest Report were highly commended. Nexus Design’s marvellous studio profile for themselves won the trophy. In Creative, Kingbrown and Double Days were highly commended for their self-published work and RE, with Jason Little and Erin Hoffman, were announced the winners with their Steve Li business card.

In the Catalogue category, there were highly commended entries from Out of the Square with theirCamera House catalogue, and the Northern Sydney Institute’s own Brand Revolution project. Paragon Design was awarded the trophy with their Telstra work.

The final award of the night went to Andrew Robertson, winner of the Emerging Talent category, who was awarded Project of The Year.