Digital Democracy: the role of data in the 2013 Federal Election

Digital Democracy: the role of data in the 2013 Federal Election 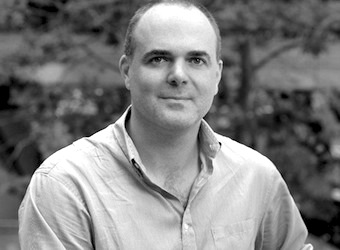 After a bumpy start to this year’s electoral race, it’s clear the contest for parliamentary victory is quickly becoming like no other we’ve seen in Australian politics. With only two weeks left in the campaign, both parties are furiously battling it out on the campaign trail. But irrespective of any hard-hat-wearing photo shoots, spin doctoring or doorstep canvassing, it’s what’s going on behind the scenes that will paint a new picture in Australian politics.

Elections can be won and lost on the swing of a few crucial seats, but how to access and influence voters living in these areas is often a big issue keeping campaigners awake at night.

Traditionally, getting into the minds of swing seat voters has been a complicated and resource-intensive task, but in today’s online-driven digital world there is an opportunity to tap into the huge amount of consumer data available to deliver much richer insights and test policy decisions in real time.

The power of data and the 2013 election

The number-crunchers behind President Obama’s 2012 race for the White House have been credited by many political commentators as playing a key role in securing his second term in office. In the two-year long lead up to the election, Obama’s team collected and analysed large amounts of data about the voting population to help inform their campaign planning.

These insights then provided the backbone for the campaign strategy, enabling them to better target voters in swing-seat constituencies, by focusing on the messages and policies they knew would resonate. Being able to connect more closely with this influential audience ensured real relevance for Obama’s campaign, arguably helping seal the deal for the Democrats at the ballot box.

Closer to home, this is only the beginning of the political potential of big data. During the past three years Mi9 has been working closely with key pockets of the Australian electorate to build comprehensive profiles on a range of areas including demographics, voting behaviour and the hot topics shaping public opinion.

Ignore the data and lose out on seats

But how can political parties tap into the power of data? There is no question that the potential of this new type of data-driven campaigning is significant. For the first time, candidates now have the tools to inform and execute highly targeted strategies covering everything from online advertising and marketing to direct mail, doorstep campaigning, focus groups and outdoor and TV campaigns, helping to get right to the heart of the Australian electorate.

As the election race gathers pace, political parties need to act now to leverage the opportunities available based on the latest data. They will also be able to use the data to make real-time changes to keep political strategies on track ahead of Election Day.

Setting the political pulse of Australia

We’ll continue to take the pulse of Australia across different ages, genders and demographics, and from recent research we already know which three policies are most important to swing voters in each constituency.

We’re also monitoring outputs across a range of social networks to reveal sentiment in real-time through the recently-launched #YouDecide9 social hub and hashtag. This new destination for Australian voters analyses and presents real-time social sentiment around key policy and legislative issues, political personalities and electoral battlegrounds, allowing Australians to share their views while interacting with politicians, political parties and political journalists.

Already #YouDecide9 is gaining momentum as one of Australia’s most trusted digital forums to set the pulse of the nation. The launch during a Nine News Special on the night of the spill prompted 12,000 #YouDecide9 mentions on Twitter by nearly 7300 users, generating an estimated 12.6 million impressions in just 24 hours. With the #YouDecide9 hashtag aggregating comments and votes, and youdecide9.com.au curating, structuring and visualising the resulting social interactions, the tool is well placed to provide a strong narrative for the country’s most hotly debated issues.

The race is well and truly on

In this year’s election, data will be an important tool – with those parties who ignore this risking not only losing seats, but potentially the election too. In today’s digital democracy good campaigning is about working smarter, not harder. With intelligent data putting candidates closer to their electorate than ever before, it will be exciting to witness how the battle to the federal election finish line plays out.

Richard McLaren is managing director of data and services at Mi9.