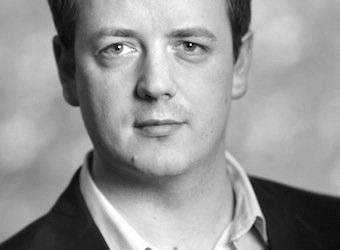 As recently as five years ago, if you were told that by the end of 2011, Australians would be spending more than $10 billion buying goods online, you’d have been forgiven for laughing. Unfortunately for some retailers in this country, laughing at such predictions has turned out to be the worst possible response as the truth has come home to roost. Australian consumers are in love with online shopping, and it’s a love affair showing no signs of cooling.

For consumers, online shopping is something approaching retail nirvana. Buying online is cheaper across a huge spectrum of products from computers to shoes; the choice is mind-boggling, and the convenience of it all is unprecedented.

For many traditional retailers – not to mention manufacturers – the story is somewhat different, with online retailing creating a very difficult challenge. For some, it’s genuinely frightening.

We’ve all seen reports about the threat posed by online retailing to the bottom line of major store groups like Harvey Norman and David Jones and any other retailer that fails to move with the times. The pressure on margins is intense and all retailers are looking to cut costs: that presents the problem of maintaining service levels to customers in store, the same customers who, in ever-growing numbers, believe they are receiving better retail service just by clicking their mouse or tapping their tablet.

Structural change is occurring at a rapid pace not just in retailing but manufacturing as well, with some manufacturers looking at hybrid business models selling via retailers and also direct to consumers online. Hewlett Packard is just one example of what looks like a firmly entrenched trend.

However they try to respond to the online challenge, for many manufacturers (and retailers of course) one of the major headaches they face is shifting the excess inventory they would, in times past, have cleared through traditional retail channels.

This is becoming a seriously difficult issue in Australia where, because of the brute strength of the Aussie dollar, consumers are buying from overseas in burgeoning numbers – leaving local manufacturers, importers and retailers with warehouses and/or shelves full of inventory that won’t budge.

Discounting prices and spending up on advertising to promote them is one option – but with pressure to reduce costs, media advertising is one avenue that’s looking less and less viable. This is where corporate barter can create real opportunities for manufacturers and retailers. It can provide significant benefits by both relieving manufacturers and retailers of the burden of excess inventory and by effectively using that inventory to trade for media advertising space.

How? A corporate barter company buys the stock a manufacturer or retailer can’t move, and sells it in a secondary market (which, ironically, might be an online deals site). The manufacturer or retailer receives a trade credit from the corporate trading company – at a multiple to what a cash liquidation would have yielded – which can then be used to offset the cost of buying media advertising space. In some instances, the corporate barter company will even take over an entire retail outlet to liquidate its stock, delivering the owner of the business far greater value than could have been realised via a fire sale.

It sounds radical but corporate barter in Australia has actually been around for about two decades (much longer in some overseas markets) but only in the past two years or so has it ballooned in growth as more and more companies come to understand the value they can derive from bartering their inventory for media space.

Managing director, Active International Australia – Tony’s depth of experience with Active is extensive, having worked for both the Australian and UK operations. Originally a member of the Active UK broadcast team, Tony went on to manage the out-of-home division before transferring to Australia in 2006. In 2008 Tony assumed the role of Australian media director and was promoted to managing director in 2010. Prior joining Active, Tony worked for the broadcast department at Publicis SMV Group, and had earlier roles in the financial services sector.

Previous Article
Virgin Australia confirms Passbook app will land in Aus
Next Article
Will Apple’s Passbook be a pocket rocket in the digital wallet wars?