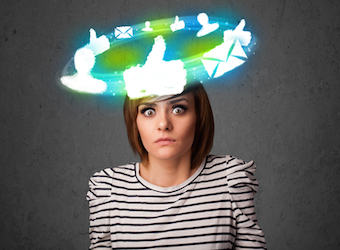 CMO of PC-maker Acer, Michael Birkin, has called on marketers to ditch the terms ‘Millennial’ and ‘Generation Y’ in favour of ‘The Connected Generation’. Here he shares some of the insights and research Acer conducted that led Birkin to this conclusion and ultimately Acer’s new strategy.

Sliding into the CMO seat at consumer tech firm Acer was Birkin’s first experience in a client-side role. He’s a veteran Agencyland exec who spent years at Omnicom Group, including heading up Interbrand and building the Group’s Asian operations. Birkin’s appointment is a sign of the major transformation Acer is undergoing to pivot from a manufacturing-led organisation to a marketing-driven one, in a time of significant change in the technology sector.

Much of what is driving this change is Generation Y, or the Millennials, and how they use technology. Birkin spoke at the Global Marketer Conference last week on Acer’s research into this cohort, and how the company is about to embark on rebuilding itself as a result.

Up front, Birkin mentioned one generally accepted definition of Generation Y: anybody born between 1980 and the early 2000s. On the generation’s significant to marketers, he says that by 2018 it will have the most spending power of any generation that’s ever existed. “Next year alone, depending on whom you speak to, they’ll have enormous spending power: 2.5 trillion trillion dollars.

“In the workplace, by 2025, three out of every five workers globally will be Millennials.

“By anyone’s definition, they will be the mark we’re focusing on from here on in.”

However, part of Birkin’s concern, and one of the reasons Acer needed to undertake the research, is clarity. Millenials or Generation Y is one of the most talked about generations of all time. “I was reading so much all the time, and so much of it is conflicting. You get a lot very positive things written and a lot of very negative things written. So how can we try to understand who Millennials really are and what can we do with that information?

“Most of what you do read tends to be negative, along with very negative adjectives – lazy, purposeless and so on – but when you actually look at it, there’s a lot that’s not different. This is a quote from the eighth century BC [by Hesiod]: ‘When I was a boy we were taught to be discrete and respectful of elders, but the present youth are exceedingly wise and impatient of restraint.’

“I think every generation, probably, has the exact same perception of the generation coming through that there is of this particular one, so nothing new there.”

Generation Y is also not homogenous, he said. “[In photographs] you see smiling, happy faces and multi-ethnic groups, you see despondent groups… Part of the issue is that categorisation is really difficult.

“One of the early insights that we got through this study was to just try to drop the name ‘Millennial’ or ‘Generation Y’ if we can because it is so undefined, it is so difficult to build any strategy on the back of it.

“So what can we do to create a rallying call, something that we can [implement] a transformation behind? What do these 2.5 billion people have in common?

One interesting definition of ‘generation’ mentioned is based around whatever significant change is experienced by that group. “When you look at Millennials, it’s perhaps not surprising that they are confused and not confident about the world,” Birkin said. “The world changed dramatically, whether it’s the war on terror that started with 9/11, the financial crisis which I think has given this generation a very very different attitude to money… or climate change. These are three massive issues that this generation is dealing with, and none of them are straight forward. It’s not ‘goodies versus baddies’. It’s not only understanding what [these issues] are, but understanding what we do about them, which is absolutely anything but straightforward.”

So how is this impacting them psychologically? “We did this survey of 1000 people – it wasn’t just [via] correspondence, it was interviewing people in great depth – and the common theme that came through this work, the thing that helps us define what [Generation Y] is, and how we start figuring out our strategies based upon Generation Y, was this particular point: Did you have access to the internet before the age of 18?

“That may seem pretty obvious to us all here today, but it was interesting how it was the absolutely consistent theme in terms of the responses we were getting and the different attitudes. I think, basically, you cannot understate the impact of the way that people look at life where they’ve never known a world without the internet [compared to] those of us who have adapted our lives to it. It’s a fundamental point.

“Essentially, this was the theme we used at Acer to come up with our definition of Generation Y or Millennials, which is, basically, ‘The Connected Generation’. And not just because we’re an IT firm, I think it’s a very interesting point anyway.

“At the end of the day, ‘The Connected Generation’ is the consistent theme around which we are about to rebuild our company.”