One country, two worlds: MD of Adidas China on the opportunities and challenges

One country, two worlds: MD of Adidas China on the opportunities and challenges 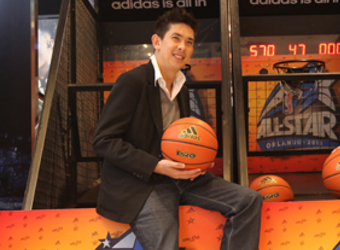 Long associated with sportswear and footwear, today, in China, Adidas is widening the brand beyond shoes and tracksuits. It’s shaking up retail outlets, moving aggressively into casual and street wear, and breathing down the neck of Nike’s long-held dominance in China.

The managing director of Adidas Greater China, Colin Currie (pictured), spoke this week at the AANA/WFA Global Marketer Conference, on how China is changing and how marketers need to shift their thinking to succeed with Chinese consumers.

Currie spoke of the stark contrasts across Greater China, including the disparity between urban areas increasing in affluence and the rural areas where people live on less than two US dollars per day.

Another example: traditional filial piety is being replaced, due to the one-child policy, with generations of ‘Little Emperors’ – only-children looked after by two parents and four grandparents, changing value structures and expectations.

“The china challenge is not only about scale, it’s also about pace,” Currie said. “Everything is changing every minute… Turbocharged by global economic forces, or sheer weight of numbers, China is ripping up our rule book.”

Here’s a big stat: by 2025, China will have 10 cities equivalent to the New York City of today. “What took 20 or 30 years of change in post-WWII, in Australia and other Western markets, will take China less than 10,” says Currie. “Their aspiration is not abstract, it’s the story of their lives. From bicycles to luxury cars, Mao suits to high fashion, isolation to global information, all in one step.”

It’s fast, but it’s also complex, he said. “The one-child generation has come to the stage, bringing with it a sense of entitlement, combined with a fierce impatience and a whole lot of pride. Chinese people have never been so proud of their country.”

With that change has come consumers who want to change their own identity, Currie explained. They want to be different. “Consumers have developed a sense of individuality. They have become increasingly sophisticated with their favourite brands, and they look to connector brands, that have personalities but can help them with their own individuality.”

There’s also a shift in geographical focus taking place, Currie said. “From the East coast inland to the West, from the cities you would be familiar with, like Shanghai and Beijing, to gigantic metropolitan cities that you may not have heard of, like Chengdu or Wuhan or Chongqing. It’s here that the scale of the challenge, or the opportunity, becomes even harder to grasp.”

Consider that in just two years’ time, China will have approximately 600 cities with 100,000 or more affluent consumers. “Managing this diversity across geography and these cities is key to winning in this marketplace, because this is where the growth will come from,” Currie said.

The Chinese middle class is on the rise: the next decade will bring an additional 270 million consumers into this segment. By 2020, China will have the world’s top middle class consumer market. “China will be the major market in the 21st century,” Currie said. “By 2030, China will account for 20% of global spending. Millions of newly affluent consumers not bearing the cost of living of the higher, top-tier cities, will have a lot of disposable income.”

“As the profile of the consumer changes, so does his or her requirements. First, the status value of brands and products is critical to the aspiring. Second, there’s a constant flux in a relationship between consumers and the origins of a brand. On one hand, we’re witnessing a rapid decline in brand nationalism.

It’s this, Currie explains, is why this market has given rise to the phrase, ‘one country, two worlds’. Addressing people as if they were the same, a one-size-fits-all approach, is not going to work. “Big place, big numbers, but one of the most complex markets on Earth… In higher tier cities, China is as sophisticated as any cosmopolitan cities in the world. In lower-tier cities, it’s like India or Indonesia.

“For Adidas, it means that in higher-tier cities we have to have a different go-to-market strategy where we defend market share by fighting for consumers’ share of wallet. But in the lower-tier cities it’s just about opening stores.

And the two groups see brands very differently. “Higher-tier city youth seek individuality,” Currie says. “Lower-tier city youth want to trade up from those local brands to international brands with status, to say ‘I have arrived’.”

If this topic interests you, Marketing has just a few tickets left for China Ready, a very small breakfast for marketers taking place in Melbourne on 3 April. Find out more here »