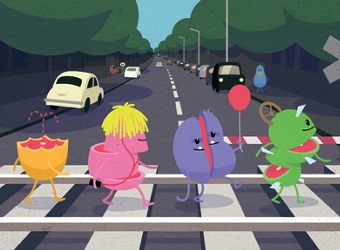 The ad “Set Fire to Your Hair”, part of the “Dumb Ways to Die” campaign for Metro Trains Melbourne, has been awarded the 2013 Gold Siren award for best radio ad of the year at the Siren Awards breakfast in Sydney this morning.

Melbourne agency McCann were the creators of the ad that also won a Silver Siren for winning the single category and campaign category. Check out all of the winners here.

Launched in November last year, within 24 hours of its release, the song was in the top 10 on the iTunes chart and a video released on YouTube was viewed 28 million times within the period of a fortnight.

More importantly, according to Metro Trains, the “Dumb Ways to Die” campaign contributed to a more than 30% reduction in “near-miss” accidents, in the three months between November 2012 and January this year.

Judges of the best radio ad lauded the manner in which the ad delivered; ticking off humour, charm, communication and cut-through.

“Everyone loves a catchy song: clever lyrics with a strong message and a simple melody that you just can’t get out of your head… the benchmark for pop success!” says judge Brad Grisaffe.

The creative rationale behind the ad was simple from the viewpoint of McCann, with its executive director John Mescall explaining:

“We knew that people didn’t want to hear our message at all. It’s rail safety. Not only do young people not care about safety messages, but we know that they actively tune out these kinds of messages,” he admits.

“So our idea was I guess the inspiration was to make a radio ad that was nothing like a radio ad, but a lot more like the content on either side of the ads: the music.”

Chief executive of Commercial Radio Australia, Joan Warner agrees saying, “it was rare to win both the single and campaign categories at Sirens, which was a testament to the effectiveness and impact of the campaign.”

John Mescall and Pat Baron, the winning McCann writers will receive airfares, accommodation and tickets to this year’s Cannes Advertising Festival this June. The client, Metro Trains Melbourne also wins a trip to Cannes to attend the festival.

Tags:
Previous Article
H&M shift from waif to womanly model
Next Article
Beyond the hype of big data: 5 tips to strategic data management