Gen Z trusts no one, especially not marketers

Gen Z trusts no one, especially not marketers 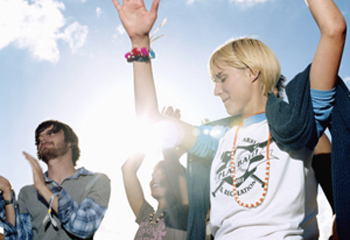 Generation Z, those born in the early to mid-1990s, are more cynical than previous generations when it comes to people in authority, and they don’t like being marketed to.

According to findings from research firm IBISWorld, Gen Z has trust issues with only one in two willing to trust people in general, making them the least trusting out of all the generations, and a high level of cynicism towards people in authority, such as marketers and politicians. They trust their friends’ opinions above all other sources of information and dislike being overtly sold to.

While they’re a prickly audience, it’s important for marketers to understand them, warns IBISWorld senior analyst Naren Sivasailam, as they will become the demographic with the most buying power over the next decade, projected to make up 13.2% of Australia’s population (or 2.9 million people) by 2015.

In order to reach them, marketers need to be more subtle, advertise through a variety of different channels and avoid ‘forced marketing’. “Generation Z don’t like that idea,” Sivasailam says. “They get annoyed when people tell them what to buy, and how to do it.”

“Obviously with technology there are ways to market and spread a message through more channels, including social media as well.”

IBISWorld reports that the average Australian has 78.1 leisure hours each week, but that members of Gen Z who are working or studying part-time may have more. This leisure time is being used to go shopping, play video games, play or watch sport, or indulge in their favourite pastimes – surfing the internet and social media activities.

The younger generation is espected to fuel the urbanisation trend, continuing the shift of people from rural communities to capital cities to access tertiary education centres, broader employment opportunities and the sense of cultural vibrancy attributed to urban centres.

They’re also more likely to live at home for longer, due primarily to decreasing housing affordability. Australian Bureau of Statistics (ABS) figures reveal that 48.1% of 20 to 24 year-olds were still living with their parents last year, up from 45.2% a decade earlier, and much higher than they’re older Gen Y counterparts at 13%.

The study also found that Gen Z is more likely to be empathetic to organisations with a social conscience, despite their cynicism.