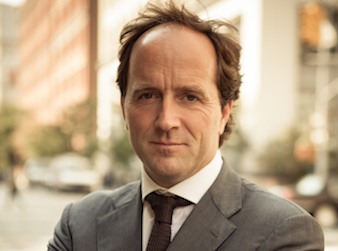 David Jones, the CEO of French agency group Havas Worldwide is leaving the company to be replaced by the son of the group’s largest investor, effective immediately.

Havas announced today that Jones will be leaving the company to become co-founder and CEO of a new tech start-up that will launch next month. Yannick Bolloré will take on the role of global CEO of Havas.

Andrew Benett, co-president of Havas Worldwide, has been promoted to CEO of the advertising network and will report to Bolloré.

Jones, who was named the Guardian‘s Sustainable Business Leader of the Year for 2013, is co-founder of One Young World. He’s leaving Havas by agreement with its management and will be retained as an advisor to the Havas chairman and CEO for the rest of 2014.

“If I were going to stay in the industry it would be at Havas, but I have always had a burning desire to be an entrepreneur and this is too exciting an opportunity to not seize. Those people who know me know my two passions in business are social media and social responsibility and this new venture combines the two.

“I want to thank the Bolloré Group and Vincent Bolloré in particular for his support and mentorship over the last eight years and wish Yannick every success,” Jones said in a statement.

Bolloré said: “It’s a very exciting time for Havas. We are well on our way to realising our
goal of being the most integrated and innovative communications group of our industry. I would like to thank David for the impact he has made at Havas over the last 15 years. Thanks to his talent, David has contributed significantly to the improvement of the results and organisation of the Group and its standing amongst clients and in the industry. I wish him all the best for his future business.”