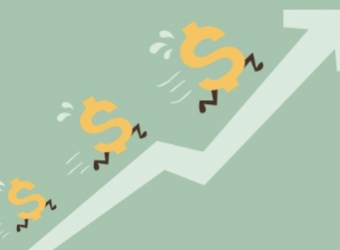 The online advertising market in Australia grew 17.1% year on year to break the billion-dollar mark in the March quarter of 2014, according to new data from the IAB.

The data released today is the latest IAB and PWC ‘Online Advertising Expenditure Report’, and has confirmed that the online advertising market continues to grow, reporting 17.1% year-on-year growth for the quarter ending 31 March 2014, bringing total expenditure for the quarter of $1067 million.

General display advertising showed the strongest growth, with a 27.5% increase, followed by search and directories, with a 16.8% increase. The PwC data supports the recently released CEASA report which attributes 30% of all advertising spend in 2013 to digital, ahead of both free-to-air television and newspapers.

“Strong data for both mobile and video is great news, but not unexpected,” said CEO of the IAB, Alice Manners. “And I anticipate continued growth for both platforms. To this end, both our Mobile Advertising and Video councils will continue their efforts to promote and support these markets.”

Motor vehicles represent the lion’s share of industry category share with 20.7% of display spend, followed by finance with 10.7% and real estate with 10.4%; a record high increase for the latter from 8.5% for the same quarter in 2013.

Retail rose to its strongest position in terms of category share in the December quarter 2013 and maintained its buoyancy in the March quarter 2014 with 9.3%, up from 7.3% and is ahead of the entertainment and leisure category and the computers and communications category.