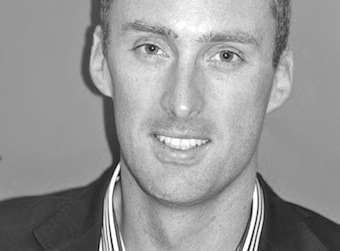 Next year Sydney Mardi Gras will celebrate its 35th anniversary, and as it approaches middle age, its priorities have changed. Like many thirty-somethings, Mardi Gras is thinking about marriage.

Marriage equality is an issue that is gaining momentum and unlikely to go away, and as anyone who has been through one tells me: whatever the circumstances, marriage involves money.

Global brands are entering the debate, realising that the best way to be on the right side of history is to help make it. In the US, JC Penney engaged Ellen Degeneres – America’s highest profile, same-sex-married lesbian – as its national spokesperson, facing down furore from opponents such as onemillionmoms.org to emerge as champions of equality and common decency. Oreo released a rainbow cookie to celebrate Pride season, Ben & Jerry’s created ‘Hubby Hubby’ and ‘Apple-y Ever After’ flavoured ice-creams, and Google – long synonymous with equality for employees – have established and sponsored a range of events and activities, including the hugely popular ‘Legalise Gay’ campaign.

In Australia, STA Travel reflected the popular view of its target audience, publicly chastising Corey Bernardi for his homophobic outburst in Parliament, tweeting: “Want a one way ticket to anywhere Corey Bernardi? Our treat? You’re a disgrace”. Sunrise, Marie Claire and David Jones CEO Paul Zahra have all openly declared themselves supporters of same-sex marriage.

When a company comes out for a cause, media analysts naturally draw on opposing sentiment to create conflict and prompt discussion. Invariably those on the pro-equality side have triumphed, and short-term pain has resulted in long-term reputational gain. Consider those who have denounced marriage equality: Chick-Fil-A in the US and Gloria Jeans in Australia have become by-words for social media catastrophe.

Taking a side in a public discussion – particularly one like marriage equality – can be a low-cost, high-reward strategy that cements customer loyalty for decades. Consumers spend their money with brands that align with their values. We support people who support us. A survey of Star Observer readers suggests that 87% of respondents will give more consideration to the products and services of brands that acknowledge, support and market to the gay and lesbian community.

Issues of social justice aren’t just marketing opportunities, and marriage equality advocates aren’t naïve ideologues with pink dollars, but a complaint I hear from advertisers is that they just don’t know how to advertise to and communicate with the gay and lesbian market. It’s a costly deficiency: the Australian GLBTI (Gay Lesbian Bisexual Transgender Intersex) community disposable income is estimated to be worth $20 billion annually, an economy larger than some small countries.

GLBTI needs and desires may be different, but the usual rules of marketing still apply:

Joining a conversation is always easier than starting one. Building a community is hard, expensive work. Marriage equality already has a massive, engaged community of advocates waiting to celebrate your involvement, champion your brand and talk you up at dinner parties for coming out.

Give the people what they want. Tell us you like us. Be on our side. It doesn’t take much and we’ll love you for it.

Do the right thing. Two thirds of Australians either support marriage equality or can’t believe we haven’t done it already. They can’t all be wrong.

Many brands are staying out of the fray and leaving the issue well alone. This approach might seem prudent now, but with gay marriage widely seen as ‘inevitable’, eventually you’re going to have to come to the party. The longer you leave it, the harder it will be to connect with a market many already struggle to engage.

Opportunity is knocking: all you have to do is say ‘I do’.