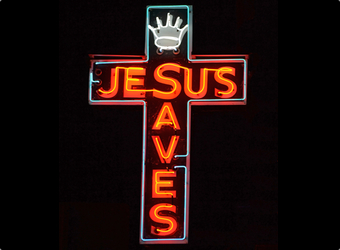 Talking to brand consultant Ray Bull about his work for religious organisations brings up the very same terminology that is at the leading edge of marketing lingo in 2014. ‘Experience’, ‘tribes’, ‘authenticity’, ‘relevance’.

When considered, they even feel more appropriate to the identity of a religious organisation than they do on supermarket shelves. Bull spoke to Marketing ahead of his appearance at Ad:tech Australia next month, where he will analyse the strategy of Hillsong, the Pentecostal megachurch which, despite various controversies, attracts tens of thousands of people to services every week, has released gold and platinum-selling albums, and, from small beginnings in Sydney, has expanded around Australia and the world.

After two decades of work with brands including Porsche, Lucas Arts, Hewlett Packard, BP, the Commonwealth Games, Fosters and Qantas, Bull expanded his brand consulting into other passions: the not-for-profit and religious sectors.

Having been a consumer of Hillsong for 20 years, Bull looked to it and the techniques it was using for best practice guidance.

Bull says that  with church brands, as with any others, asking why something exists is always the first step. “My approach is very much an inside-out approach, in that what’s critical is to start with: why does this entity exist?” he says. “I’m pretty big on getting people to subscribe and buy into that entity, because the minute you go out to market and make claims about your product or service, if you don’t have the ability to convince them you can help them.”

If Jesus is the product, then the church experience is the shop-front. Bull says that all but the commercially-astute churches like Hillsong have failed to realise that the experience of going to church can and should be improved if Christianity is to remain relevant and attract new customers. “People think Jesus is pretty cool, but the shopfront is a pretty crap experience,” he says.

Bull likens it to Old Spice, a product that hasn’t changed a great deal but in recent times has somehow become ‘cool’ again. That’s what the founders of Hillsong pioneered, a new way, one focused on the experience.

Again, as with any brand, the need to keep meaning and authenticity while scaling is a constant challenge. “You’ve got this 2000-year-old message and you’ve got this modern secular society, and you have to be careful not to lose the truth, to become too cool and lose the authenticity,” Bull says.

Jesus built a tribe back in the day, and Seth Godin (considered a kind of Messiah in marketing circles) preaches the same practice.

Another modern example: Steve Jobs. “When you look at the context there are some real similarities with how Steve Jobs built a belief system around Apple,” Bull says. “As modern day consumers we’re evolving along the [Maslow’s] hierarchy, if brands don’t somehow make us feel like we belong we get less motivated to buy stuff.”

We ask Bull if he believes faith to be at the top of the hierarchy. No, he says, but churches are about community, support and helping each other, which are closely related to the pointy end of Maslow’s pyramid.

“What churches like Hillsong are beginning to realise is they can help people move through the process – there’s personal growth and there’s meaning.”