The billboards, which will launch with ads for Streets Magnum, use facial recognition technology to identify a smile from a passer-by, which then launches the interactive element whereby the viewer can eat the Magnum, virtually. The billboard registers the user’s mouth movements and imitates it by biting the ice cream that is on screen. Users can also smile for their photo to be uploaded on to the Streets Magnum Facebook page.

The campaign, created by Spinifex Group in conjunction with JCDecaux, is being run in Sydney, Melbourne and Brisbane for the new Magnum Infinity. 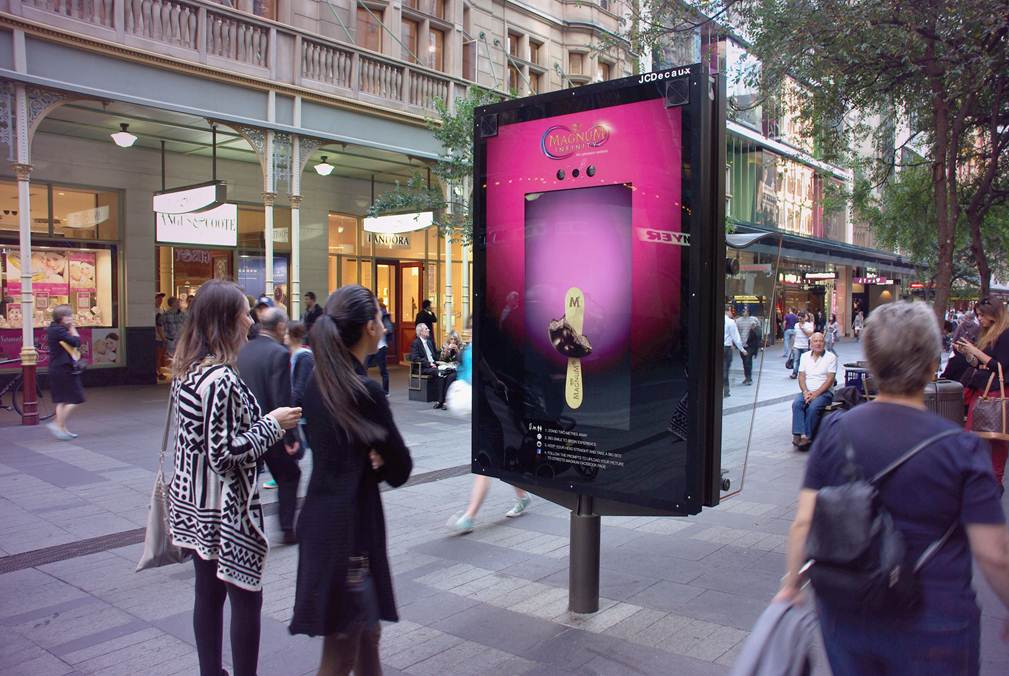 Joe Peschardt, corporate director of Spinifex Group, says this is just the beginning of these types of installations as the boundaries of outdoor are pushed. “In partnership with JC Decaux, we were able to combine the latest in technology with the art of great storytelling to deliver a highly immersive, unforgettable experience,” Peschardt says.

Read: Marketing‘s Top10 outdoor campaigns from around the world.

Magnum’s campaign for the launch of Infinity comprised a teaser promotion with dancers in front of Sydney’s Customs House and TV, magazines, outdoor and digital ad spots.

Marketing director at Unilever, Andrea Martens, says the interactive billboard was adopted to “bring the pleasurable experience of new Magnum Infinity to life in a fun way.”

The activation is now live in multiple locations across the three cities including Martin Place in Sydney, Flinders Street Station in Melbourne and the Queen Street Mall in Brisbane, and will run two weeks. 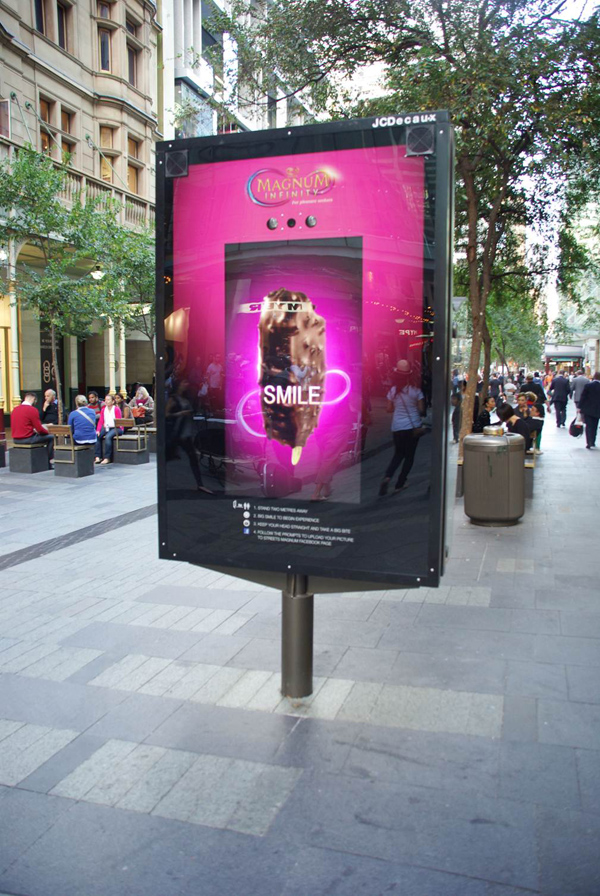 Tags:
Previous Article
Not-for-profit wants one million 5 cent coins
Next Article
Are you caught in a virtuous circle or a vicious cycle?