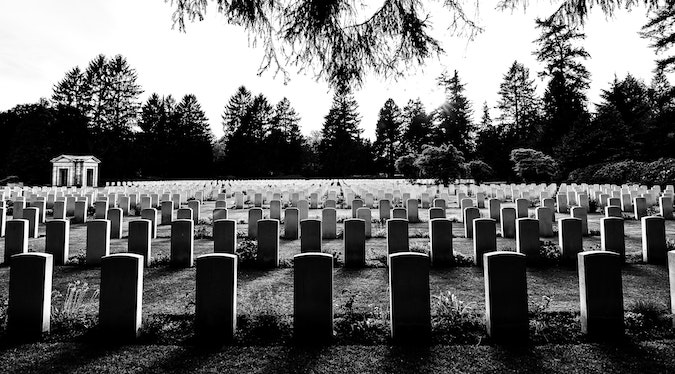 Death is one of the only certainties in life and yet as a society we tend to avoid openly speaking about it. Matt Kwoka offers a unique perspective on how professionals like himself handle marketing in the death and funeral industry.

Society’s appetite for issues that have long been deemed taboo has shifted over the decades as we become a more liberal culture. Our marketing strategies have therefore become bolder and the content which is now covered is wide-ranging, with topics once considered illicit now discussed and advertised freely.

There do remain topics that still appear to be off-limits despite our ever-evolving societal views – a proverbial blacklist of those which remain unmentionable. Death and by definition, the death industry – being that of funeral homes, funeral directors and memorial services – remain fixed in this realm.

Wilson and West penned the term ‘unmentionables’ in 1981 to describe products or services that for reasons of delicacy, decency, morality or even fear, elicit reactions of distaste or offence when an opening presented. In a 1999 study that tested the theory based on 15 subject matters ranging from extremists’ groups, contraception and weight loss, participants were asked to score the subject with a score of 1 being not being offensive and 5 being extremely offensive. Funeral services had a mean score of 2.04 and ranked 7th, putting it towards the middle of the pack. Taking into consideration that this survey was conducted 20 years ago, it does beg to question – what, if anything, has changed?

Tarnished by a brush deemed too macabre for marketing without causing dissent, the death industry is in a unique position when it comes to marketing its services. It is a service that everyone eventually needs, yet one that many people avoid having any form of association, or even acknowledgment of. It could be said that the discomfort is in the marketing, or perceived idea of profiting from death.

The reputation of ‘death care’ has taken a battering of late as stories of deception and unethical levels of profiteering give rise to calls for more transparency in a self-regulated industry. The practise of praying on the vulnerable is something that is unconscionable in an industry meant to be driven by care and compassion. It elicits distaste and rightfully so.

I tend to believe that deep down, our inclination to ‘death avoidance’ is where the barriers in marketing the industry truly lie. The unmentionable remains in the topic of death itself. A recent survey of 1006 Australians indicated that 54 percent said their comfort levels on discussing death and dying were dependent on who it was with and the context of the conversation. Almost one-third (29.9 percent) of those questioned indicated that they were strongly avoiding thinking about their own mortality or had a preference not to have to think about it.

When there is a product that elicits discomfort, we can either turn away or confront our discomfort head-on. The time has come to fill the gap that is caused by our fear of the unknown and replace it with knowledge. To do this, we need to be able to have frank, and open conversations about death and dying with our loved ones. Results from the same survey indicated that it is our younger generation that takes issue with the ‘death discussion’. For both questions, those under the age of 45 as a demographic rated a score above average in relation to discomfort or avoidance, though 17 percent of them were quick to point out that they felt their families were not willing to discuss the wishes or specific plans they had, shifting proportionate blame as to the reasons they may be avoiding discussions on the topic.

Nonetheless, it seems almost at odds with our preconceptions of the generational differences we as a nation have. It would be assumed that coming from a time where the idea of taboo was wide-ranging and prevalent that it would be our older Australians who would be more inclined to avoid the topic. When in fact it is our younger generation – raising a new series of questions beyond initial assumptions. Is it the mortality of their parents that is causing fear? Do they strongly avoid talking about their own mortality as they feel based on their age it isn’t relevant?

Regardless of the answer, the concept of death avoidance remains.

These are the conversations we need to have. As a funeral director, I see a range of potential clients. Some may be relatively young but wanting to pre-plan their services. Others are family members coping with an unexpected event, scrambling as they deal with funeral details, family arrangements and grief.

This is because funeral homes are a very people-oriented business, potential clients like to see who will be coordinating their loved one’s service. In the death business, it is imperative that the ‘person-centric’ approach remains above everything else – transparency, communication and compassion are paramount.

Whilst these attributes are imperative in the industry, they also need to begin before the clients walk through our door. Let’s talk about death, dying, funerals and everything in between. It is only through these conversations that the limitations imposed by the idea of the taboo will truly be removed.

Matthew Kwoka is the owner of Death Defined and Southern Cross Funeral Directors.

Photo by davide ragusa on Unsplash.

Tags:
Previous Article
6 Chinese Marketing Terms You Should Know
Next Article
The fundamental guide to naming your business