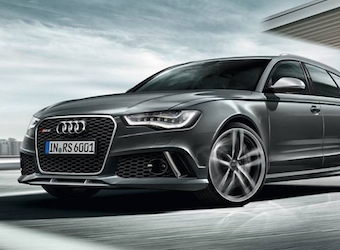 The six month sponsorship package secured by MCN and Mediacom will give Audi a prominent presence on screen and online, including exclusive sponsorship of Sunday evenings on the channel, as well as shared sponsorship of Mondays and Thursdays, featuring programs including The Musketeers, Peaky Blinders and The Honourable Woman.

During November Audi will also sponsor the premium drama programming from BBC First to air on Foxtel Go.

BBC Worldwide ANZ’s Creative Team has created the launch sponsorship idents working to the brief ‘The Best Stories Come Down To The Details’.

The Audi advertising will showcase the finer details in the manufacturing, testing and finish of Audi motor vehicles that make them a premium commodity.

A new free iPhone and iPad app is allowing businesses to quickly and simply create their own demo radio advertisements. The Sirens EarApp was born out of a partnership between Commercial Radio Australia, international radio and audio specialist agency Eardrum Australia and Brussels-based Cobra Radio Brewery.

Users can choose the length of their ad, record the script, add sound effects and musical accompaniments and within minutes create a demo radio ad.

Eardrum Australia founder and director Ralph Van Dijk said: “This app lets you make a quick and dirty demo so you can evaluate and present your idea in the form it’ll ultimately take.”

Commercial Radio Australia chief executive officer Joan Warner praised the ingenuity and originality of the app following its launch at the 2014 Siren Awards.

Pandora Internet Radio Australia and New Zealand has reached two million registered listeners since launching in December 2012, through almost doubling its listener base in less than 12 months.

“Key to Pandora’s success is that we offer listeners an interactive and social experience that is incredibly personal, and artists a channel to be discovered by a new legion of fans.

“Our business is based on getting to know our listeners likes and dislikes so that we can continue to spin track after track of music we know they will love.”

News.com.au’s was ahead of the Sydney Morning Herald and NineMSN by 234,000, with a unique audience of 3,730,000 for June 2014. The site also has the largest and most engaged news audience, with 179 million page views for the month and the average person clocking 48 page views and spending an hour and 11 minutes on the site.

“The levels of consumer engagement with our brand shows our audience is increasingly spending time with the site across a variety of stories,” Delany said.

“Whether it’s the latest developments from Parliament House, breaking news on the wild winter weather that’s struck the nation, or explanation and analysis of the conflicts in the Middle East, news.com.au is the trusted choice for more than 3.7 million Australians.”

Previous Article
Most popular stories of the week: Airbnb, Apple and IBM, Audi case study
Next Article
How to turn your C-suite into social media all-stars