Media Monday: The Project parts with Hughesy as an ex-Vogue editor starts a new one of her own

Media Monday: The Project parts with Hughesy as an ex-Vogue editor starts a new one of her own 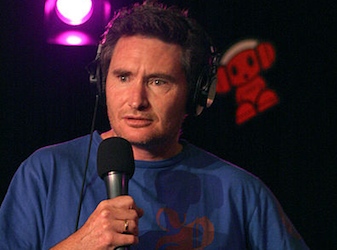 Welcome to Media Monday. Let’s get started shall we? As the end of the year fast approaches the media industry reshuffle continues with a few shock announcements that are set to make our screens and speakers look and sound a little different in 2014.

The Triple M Network will shake up Australia’s drive home from 20 January 2014 with a show hosted by the smart and equally funny Joe Hildebrand and Matt Tilley – two of the country’s most-coveted media personalities whose fingers are firmly on the pulse of what’s happening today and tomorrow.

The duo will be a force, with Matt fresh from a 10-year reign as the #1FM breakfast host in Melbourne, with his experience in radio and television making him one of Australia’s most influential and favourite voices. Hildebrand is well known for his hilarious, honest and no-frills approach to life. With a past working as a political reporter, he is currently a newspaper columnist and co-host of Network’s Ten’s morning show, Studio 10 each morning at 8.30am.

Matt Tilley said, “I’ve just completed nearly 23 years of breakfast radio, at the end of which they demanded I hand in all puns, prank phone calls and smutty remarks conceived along the way. Fair to say Old Mother Hubbard’s kitchen looks like a bloody Costco compared to the stocks I plan to bring to the show. On the plus side, there’s Joe Hildebrand – sharp and incisive with ragged good looks. Before joining me he worked ‘for’ Rupert Murdoch and ‘with’ Ita Buttrose. We are at a distinct advantage when it comes to cornering the elusive 70+ demographic so disdainfully ignored by FM radio until this epic announcement.”

Joe Hildebrand said, “People have often told me I have a great face for radio and so I am thrilled to prove them all right. It is massively exciting to be part of the new show at Triple M and what I think will be a whole new kind of FM radio. If it works it’ll be the funniest, sharpest, rockingest two hours of radio in the country. And if it doesn’t I’m blaming Ita Buttrose. It’s also sensational to be working among great mates and tag-teaming with Matt, who is a bit of a legend. My prediction is this show will make every listener 10 per cent smarter while laughing 90 per cent of their arses off.”

Triple M Head of Content Mike Fitzpatrick said, “I can’t wait to get this show on air. Matt is one of the funniest and smartest guys on radio. Joe is outspoken, fiery and won’t leave you wondering. The demos the guys did reminded me of Jon Stewart’s ‘The Daily Show’. A very different offering to the current crop of FM drive shows. Smarter and funnier. In Melbourne and Adelaide it will  follow and perfectly complement our two  successful Rush Hour shows.”

Dave Hughes has announced he will be leaving Channel 10’s The Project after five years as a full time host of the show. He plans to spend then next three years touring as a stand up comedian and will be carting his wife, Holly and their three young kids around with him on the tour. Fellow comedian, Peter Helliar has been named as Hughes’ replacement.

After 17 years on MixFM, Richard Mercer, or the ‘Love Doctor’ as he is better known, will begin an all new evening show in early 2014 on ARN’s WSFM. It is yet to be announced if the show will be continue on with the theme of love, with the network hinting the show will be taking a new direction.

Sami Lukis and Yumi Stynes have been axed by the network to make way for Kyle and Jackie O on the newly rebranded Kiis 1065. Lukis and Stynes were the first all-female breakfast team on a commercial radio station in Sydney and depart less than a year after their show launched at the end of January last year.

Chrissy Swan and Jane Hall will remain at the helm of Melbourne’s Mix FM breakfast show and their national 3pm pick up.

The ARN 2014 Sydney radio line ups are as follows:

Wood will act as the site’s editor and creative director and said of the magazine, “I wanted Stylem to be easily accessible to all, yet also slick and unpretentious with a blend of both luxury and more affordable brands so all women could relate to it; with fresh, inspired content not ruled by strict editorial sections and guidelines.”

“I really wanted to show others the joy that can be found in life by making things more beautiful, more real and more you. My main goal with Stylem is to inspire organised, stylish, happy lives.”

Stylem will be free, and will turn fortnightly as of early 2014 in conjunction with the realase of a Stylem iPad app. The first edition of the magazine is available now.

Tags:
Previous Article
Why your agency will hire a growth hacker in 2014
Next Article
The most talked about things on Facebook in 2013