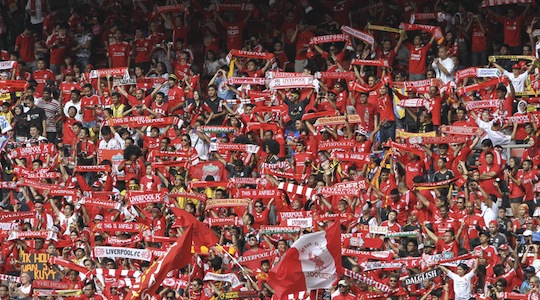 “It is evident that advertisers, big and small, are looking for a media channel that can build awareness, drive desire, trial and transaction, all while complementing other media channels, especially in this changing media landscape. Outdoor is equipped to meet these needs and the results of our first quarter in 2016 reflect this,” says Charmaine Moldrich, CEO of the Outdoor Media Association.

Broken into categories, here is the breakdown of the $177.1 million net revenue for the quarter in comparison to same quarter, 2015:

Ai-Media has been appointed as the exclusive provider of broadcast captioning for the Seven Network in a five year deal commencing in August.

Ai-Media will supply all offline and live captioning for Seven, 7Two, 7Mate and 7Flix, reaching an average weekly audience of 14.9 million viewers.

The contract, which was awarded after a competitive tender process, will commence ahead of Seven’s Olympic Games broadcast which begins on 5 August.

“High quality captioning is an essential service for many of our viewers. Ai-Media is an impressive and energetic Australian company that has proven quality of delivery, world-leading technology innovation, and competitive pricing and we are pleased to have them as our partner,” says Andrew Anderson, head of broadcast operations, Seven West Media.

Since launching its streaming app in 2013 and reaching 1.2 million in the first year, the growth to 16 million in two years represents huge exponential expansion.

“Guvera’s enormous growth in such a short period of time has enabled us to open new doors for our brands. Guvera has been able to establish a point of difference from other streaming services whereby we position our brands in a revolutionary way within the app in the form of ‘brand channels.’ Brands are able to create their own channels, which moves away from the traditional ‘spot and dot’ advertising used by other streaming services,” says Max Hegerman, Guvera global director of brand strategy, for whom the level of growth has set new standards for the brand-funded service and has attracted partnerships with dozens of leading brands.

Foxtel and beIN Media Group have announced a partnership that will see the launch of three beIN Sports high definition channels available to Foxtel sports subscribers at no additional cost to the sport pack.

The channels, beIN SPORTS One, Two and Three, will launch on Sunday 15 May ahead of the 2016 UEFA Europa League final and the UEFA Champions League final, which will both screen live.

beIN Sports will also broadcast 51 live games from the EUFA Euro 2016, Champions League games, Serie A, Bundesliga and Ligue, and rugby union games including from the European Rugby Champions Cup, and selected Wallabies and All Blacks games.

The new channels will also be available to stream via Foxtel Go and Foxtel Play.

“The new Australian beIN Sports channels are a key component of our Asia Pacific presence and we are pleased to extend our relationship with Foxtel to bring these high quality channels in HD to the market leading Foxtel platform,” says Yousef Al-Obaidly, deputy CEO of beIN Media Group.

Today, Fox Sports also announced it’s launching a dedicated golf channel providing round the clock US Masters content. It begins today and runs through to the conclusion of live play on 11 April.

2.1 million Australians reported watching A-League games on TV in 2015, representing a growth from 1.4 million viewers since 2011.

The 2013/’14 season, which saw the league’s coverage move from Fox sports exclusively to broadcast across SBS and Fox Sports, could be one explaining factor in the ratings spike.

The English Premier League’s (EPL) viewership – mainly on pay TV – remained relatively unchanged, with its audience hovering around the 1.8 million viewers mark since 2011.

Optus’ recent purchase of the EPL rights, which also include allowances for SBS to broadcast selected EPL, games will likely see a growth in EPL viewership, too.