The TAC has launched a new road safety campaign which focuses on human physical vulnerability and introduces the character ‘Graham’.

The Transport Accident Commission has launched its latest road safety project, highlighting how susceptible the human body is to the forces involved in traffic accidents.

The campaign sees the introduction of ‘Graham’, who has been designed with bodily features which might be present if human beings had evolved to be able to withstand the forces involved in crashes.

The campaign features an augmented reality aspect which allows Victorians to use Google Tango to look beneath Graham’s skin to better understand how his unique features would cushion him from serious injury in a road accident. 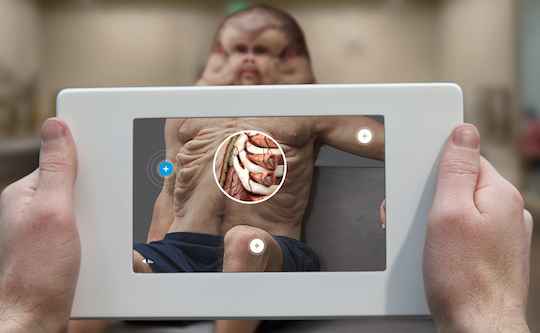 “Cars have evolved a lot faster than humans and Graham helps us to understand why we need to improve every aspect of our roads system to protect ourselves from our own mistakes,” says TAC CEO Joe Calafiore. The science of human vulnerability underpins Victoria’s new Towards Zero approach to road trauma reduction, he says.

Related: ‘Dumb Ways to Die’, the Australian safety video campaign which has become the most awarded in advertising history »

“We have to accept people will always make mistakes, but modern vehicle technology and safe road design can drastically reduce the forces involved when a crash happens, making them more survivable.”

The installation will be on show at the State Library of Victoria until 8 August before travelling to other locations.

For the latest opinions and case studies on Australian brands and campaigns, purchase a subscription to Marketing