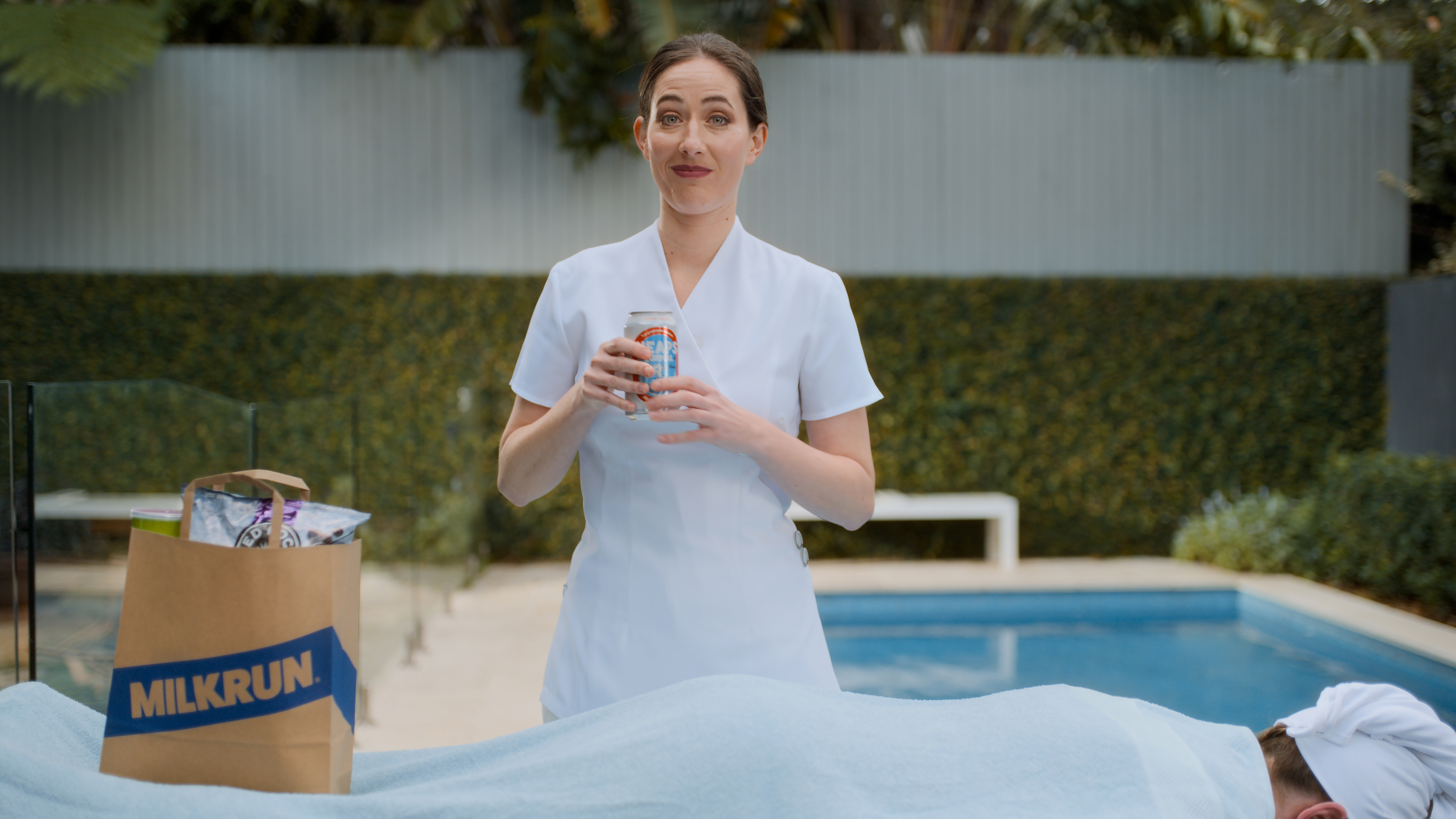 It’s the latest campaign from the grocery delivery app, and once again MILKRUN pulls no punches. The campaign serves as an explainer for how deliveries can be made in under 15 minutes.

Sydney-started MILKRUN is the new venture of Koala’s Dany Milham. Based in Bondi, the app was developed during a time when people couldn’t go to the grocery store. But, instead of the infamously slow and unreliable major chain delivery services, MILKRUN’s promises something unique: groceries in under 15 minutes.

MILKRUN is no stranger to a standout campaign. The  brand made a name for itself by offering ‘bags’ to the people of Bondi. This time around, MILKRUN ditched its usual OOH and social for video content. However it hasn’t ditched the tone of voice. MILKRUN remains at the top of its game when it comes to tongue-in-cheek.

The latest campaign explains how the MILKRUN app manages to get groceries to users’ door in under 15 minutes. From selecting, packing and delivering, all the public’s burning questions are answered. Spoiler alert: there is no time machine involved.

Written, directed, and produced entirely in-house, the spot uses a charismatic spokesperson. Playing over ten different characters (even a baby) she explains how the app works. It concludes with a rather meta reference that she played multiple characters to ‘save money’.

It’s a powerful way to get conversation started. It even includes the occasional profanity, just to get heads turning. But, with its history referencing other illicit substances, this is not a surprising choice by the company.

The campaign is set to appear everywhere. Except, of course, broadcast TV. “Buying a 90-second TV spot wouldn’t be fiscally responsible for a startup,” says a MILKRUN spokesperson.