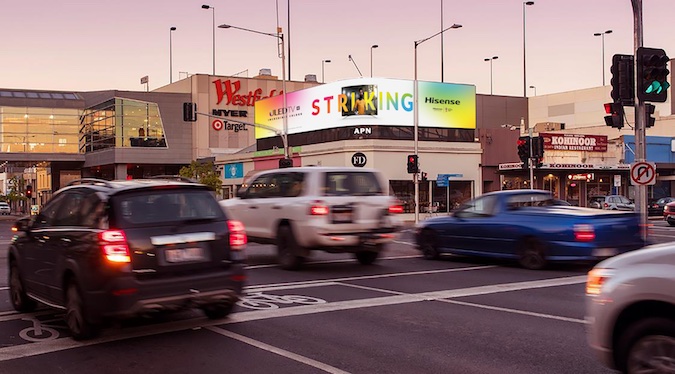 Hisense has unveiled the out-of-home component of its World Cup advertising campaign.

“Building on our 2018 FIFA World Cup sponsorship, the outdoor campaign is the most expansive out-of-home activity we’ve done in the country,” says Andre Ianuzzi, head of marketing at Hisense Australia.

The OOH campaign coincides with increased brand activity from Hisense in the lead-up to the tournament, including the appointment of Mile Jediinak and Ellyse Perry as local brand ambassadors, a competition to send two Australian customers to the Cup in Russia, and social and digital presence.

Previous Article
Hahn Brewery celebrates 30th by asking: “what is the most epic pub anthem ever?”
Next Article
UnLtd launches marketing employment program for marginalised youths