Although the statistics from Mary Meeker’s Internet Trends Report are largely sourced from the US, trends seem to be reflective of an overall global net positive. The Report focused on the effects of technology and on-demand work platforms – Uber, Etsy, Waze and Airbnb – on the labour market.

It’s mostly looking good, the robots aren’t taking over. Yet.

In her presentation at the Rancho Palos Verdes, California, Code Conference; Meeker touched on the fact that the labour force has always been afraid of losing jobs to automation, “technology disruption is not new and [it] is accelerating, 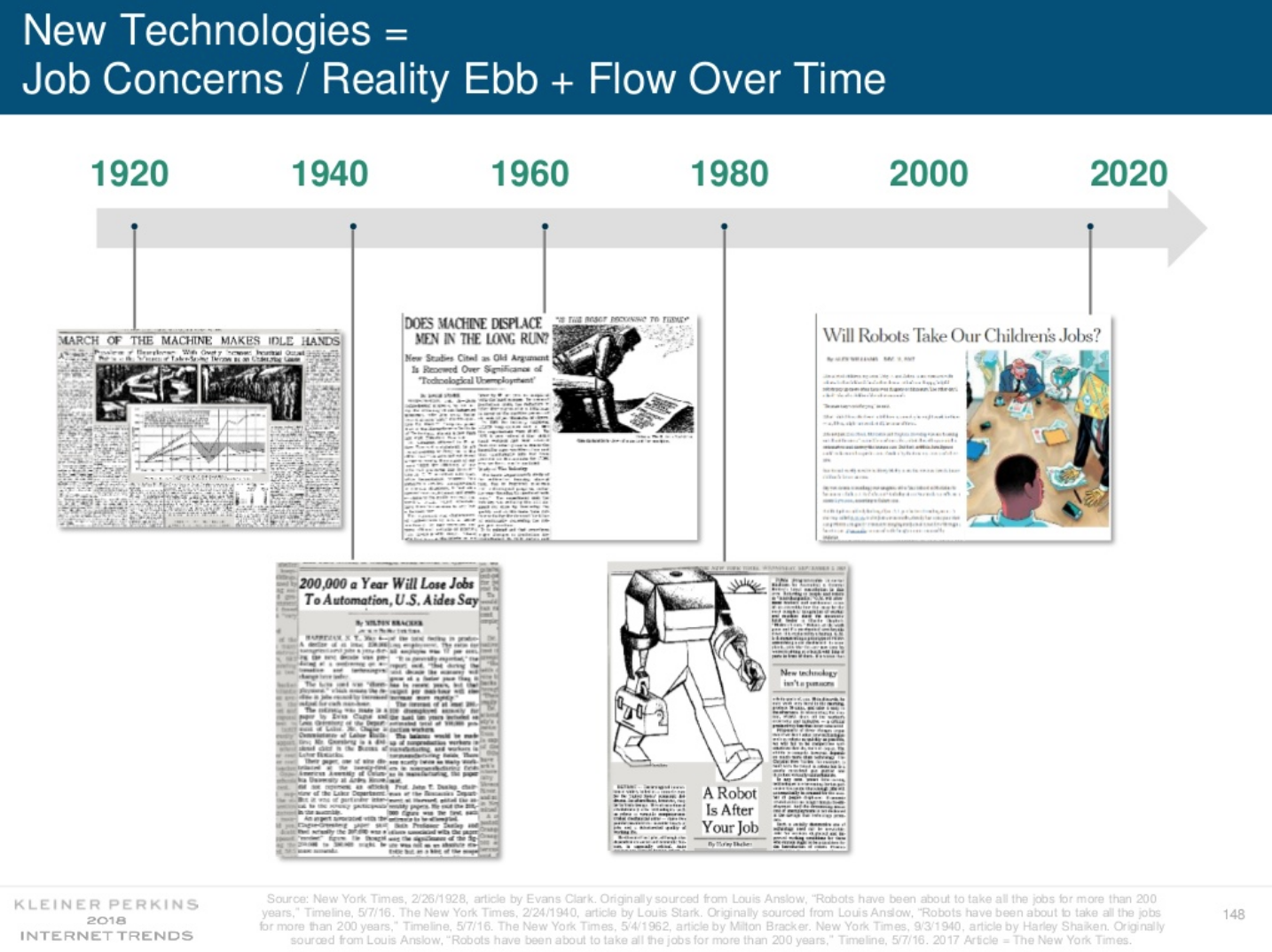 Unemployment is under the 5.8% average at 4.9%, however the figure may be misleading due to slightly lower than average labour force participation (63% vs. 64%). According to Statistica, Australian unemployment should also see a slight decrease over the next four years, from 5.25% in 2018 to 4.96% in 2022.

On the whole, commute costs are falling also; the average vehicle lifespan has extended to 12 years, as opposed to eight years in 1995; public transit usage has increased 30% since 1995 and rideshare usage has doubled since last year.

As platforms such as Uber, Etsy and Airbnb become even more reliable employment options, the workforce has started to re-evaluate itself. “Job expectations are evolving,” continues Meeker, “the most desired non-monetary benefit for workers is ‘flexibility’.” The next highest valued non-monetary perk among workers is the ability to work from home. 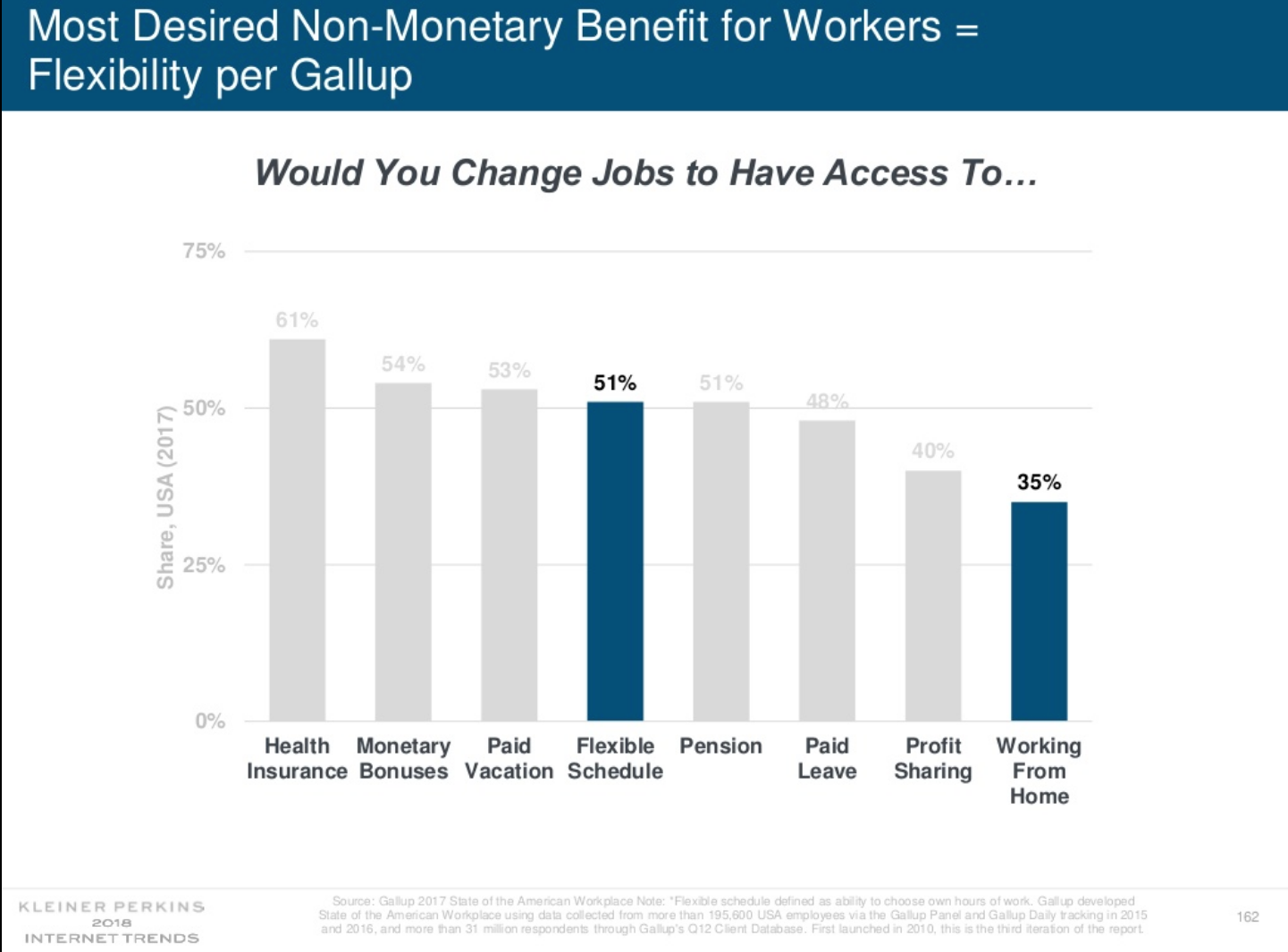 Meeker estimates that 2018 will see 6.8 million on-demand platform workers in the US, with the average worker earning US$12,000 (AU$15,873) annually from 11 hours per week. 46% of on-demand workers say they choose these platforms to control their own schedules, 57% say it is to earn extra income (in addition to traditional employment) and 35% say they have a better work and life balance with on-demand work.

On the Report’s findings, APAC VP and GM at Zuora, Iman Ghodosi comments, “All of these changes are reflective of an overall shift to subscription based services – whether it’s the gig-economy, transportation, learning or media. This is the subscription economy.

“This shift will lead to the end of material ownership globally and an associated positive impact on consumption and waste.

“Ride sharing for example, means less cars on the road; the use of streaming services such as Spotify and Netflix will mean less CD/DVD clutter and businesses are unencumbered by the need for large energy consuming  server rooms.”