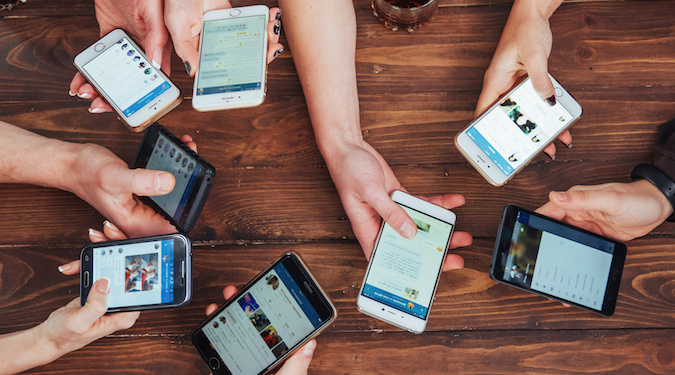 The demographic for sport has completely changed, so why hasn’t its marketing? By Patricio Cummins.

Throughout the world the way in which people are watching sport is changing. Where once the loungeroom television was the device of choice, eyeballs are now shifting to mobile devices.

The trend is particularly evident among the Millennial and emerging Gen Z groups. Recent research in the 2017 Australian Video Viewing Report found that those aged 18-24 became the first population segment to watch more video on their devices each month than broadcasts on a television screen.

This would come as no surprise to anyone familiar with the daily habits of these generations. Rarely without their device, they use them for almost every facet of their lives. They communicate with friends, play games, shop and check social media. Sport has become just another element in the mix.

For sports bodies and broadcasters this creates a significant challenge, the methods used to package and disseminate live sports via television are very different from those required by connected mobile devices. They need to find ways to better serve fans while at the same time protecting their biggest asset – live games.

Viewer attention spans are another challenge. Younger generations are less likely to sit and watch an entire game in the way older generations have traditionally done. It’s becoming increasingly difficult to capture and maintain their attention when sport is competing with many other streams of information.

Going over the top

Accessibility to content and engagement with fans are key to sports broadcasting today. Succeeding in this increasingly mobile-centric world is going to require more emphasis on over-the-top (OTT) distribution channels as well as social media outlets. The days of relying on free to air television broadcasts are over and sporting bodies need to be focused on digital alternatives that can be delivered via mobile devices.

OTT offers a range of benefits for sports fans that they cannot enjoy through a traditional broadcast. Extra data such as player statistics and performance can be added to make the service more engaging. It’s also possible to add the ability to engage in conversations or chats with friends and other fans while the game is in progress. These channels can also be used to push notifications of when favoured teams are playing to increase the likelihood that a fan will be watching.

To overcome shortening attention spans, sporting bodies can also offer available ‘bite-sized’ pieces of content during or after a game. These could be highlights or post-game interviews that can be watched on demand.

Interestingly, many younger people express a preference to watch highlights of a game after it’s over rather than sit through the entire event. Having on-demand content as well as live streams will ensure this group is well served.

Gamification is another technique that’s showing promise. Rather than expecting people to be passive viewers, they can be given the opportunity to interact with sport streams. This interaction might involve showing particular stats, selecting different camera angles or even capturing their own highlights to share with friends.

Social media channels are also an increasingly important component of the sports broadcasting mix. Services such as Facebook Live allow a sporting body to distribute a live feed within a social setting which encourages user interaction. Other platforms, such as Snapchat and Instagram, allow extra information and ‘behind the scenes’ details to be distributed and consumed, further engaging people with the sport.

Audiences are becoming increasingly fragmented, it is important for sports organisations to understand who their fans are and the ways in which they prefer to watch and interact with their chosen sport. Offering sports content over OTT allows sports leagues to discover many audience viewing trends and demographics, which can be used to influence future marketing and content strategies. Targeted content and ads can also be served to viewers, increasing engagement with the sport and providing a source of revenue.

Sports broadcasters need to expand beyond the domestic fan base and explore the opportunity of a global audience. Countries such as China and India within the APAC region are fast becoming a huge fan base for sports like basketball and netball. However, without a local presence, sports broadcasters need to decide how best to engage with viewers and fans in global market.

The next few years are going to be an exciting time for all sports as developing technologies – including virtual reality – allow fans to watch and interact with content in new ways. Investing the time to explore and experiment with different business models and technologies now will ensure sporting bodies are well placed to take advantage of new opportunities in the future.

Patricio Cummins is VP Asia-Pacific and Japan at Ooyala.

Tags:
Previous Article
Job growth is on the rise, but who’s getting hired? Mary Meeker Report 2018
Next Article
Remember who you’re building for – Slack’s human focus