Google it: Why doesn’t this McDonald’s ad mention McDonald’s?

Google it: Why doesn’t this McDonald’s ad mention McDonald’s? 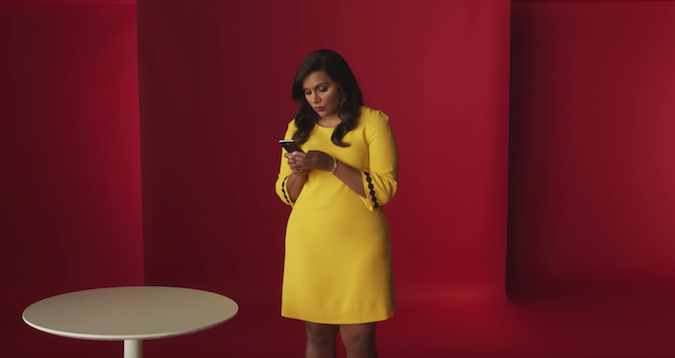 A new US McDonald’s ad campaign starring Mindy Kaling makes no mention of McDonald’s and asks viewers to “do a Google search for that place where Coke tastes so good.”

A new unbranded marketing campaign for McDonald’s stars Mindy Kaling in a series of videos.

A new YouTube channel titled That Place where the Coke Tastes So Good hosts videos from the campaign.

Ambassador Mindy Kaling does not mention the name in her Tweet about her role in the campaign, but does ask if she can be paid in fries.

I partnered with a brand w/o being able to say the name of the brand. Is that normal? If so, can I be paid in fries? https://t.co/MNgGp23nP6

The ads are meant to play on how Millennials use their phones while watching TV, and the new ways they “discover information” they trust, reports NY Times.

The ads came from We Are Unlimited, a new creative ad agency dedicated to McDonald’s and which operates within Omnicom Group, a holding company.

Employees of Google, Twitter and Facebook work at We Are Unlimited, but Deborah Wahl, chief marketing officer at McDonald’s USA says Google’s participation did not extend to affecting the search results themselves.

“Google didn’t give us any tricks on search or anything… What it’s helping us do is understand if people are really searching as a result of this, and offering close feedback and collaboration in terms of what’s happening with this real behaviour.”

A quick Google search does reveal there seems to be some sentiment online that Coca-Cola does taste better at McDonald’s restaurants, with news, media and blog sites from around the world offering various answers as to why.

On the back of the campaign, many more have popped up, but NY Times reports Wahl also says McDonald’s did not pay for any Google results regarding Coke at its restaurants.

Kaling has been a vocal fan of McDonald’s for some time, including mentioning it in her book Why Not Me?

Previous Article
Emotional intelligence: why it matters and how to nurture it in employees
Next Article
How Australia’s love for pets made a box office hit