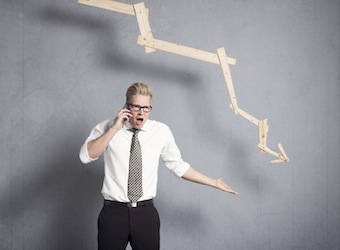 It’s election eve and the pollsters are in overdrive. Yesterday they got together on a panel with the ABC’s Tony Jones at the Australian Market and Social Research Society’s conference in Sydney, in a session titled ‘Poll Dancing’ (which we quite like). CEO of Newspoll, Martin O’Shannessy spoke to Marketing about how the obsession with ‘polls’ is actually two very different things in politics, which, when muddled in the cauldron of public debate borders on the absurd.

That all boils down to the fact that the polls media have access to, such as Newspoll published with The Australian and Nielsen with Fairfax, is separate (and potentially very different) to the generally secret polling the political parties look at and use for strategy development.

But, given the public conversation, the parties are forced to react to the published polls too.

O’Shannessy says it’s possible that polls can become more of a hindrance or distraction when used poorly.

“The concept of waking up to a focus group and making a decision is something that we’ve all heard of. It comes down to the individual proclivity of the leader or the party group involved. I think it’s possible to say that the less long-term experience the advisors around the politician have, the more likely they will grab onto ideas,” he says.

“There are lots of examples of that, for examples, Howard, Keating, Fraser, who were very effective managers and leaders who won elections in spite of being personally unpopular, so they of course would have just continued with what they thought was the right thing to do.

“I think it varies across time and it isn’t all a one-way street. There are people using polls wisely now as much as at any other time.”

If that hasn’t changed, the public’s obsession with them certainly has, due mainly to the  increasing number of polls being published.

“There are two things going on. There are more polls visible in the form that Newspoll do, and by people who are trying to break through in that space. There might be six companies releasing polls when in the past there might have been one or two, so the public see more polls,” O’Shannessy says.

“But that’s not the stuff the politicians are obsessing about. The politicians are obsessing about the stuff that they see, that they have and is secret. However, the only things the media have got to talk about, except for some very small leaks, are our polls, so the whole talk about poll obsession then focuses on the published polls rather than what drives the parties.

“It’s a very interesting sort of – I’m trying to find the right word – French farce, where you’re reacting to what’s going on on the other side of the door.”

And these days, people are more obsessed with the polls, says O’Shannessy, to the point of shooting the messenger.

“This is my third federal election [as CEO of Newspoll] and it used to be that I didn’t get abusive phone calls or emails or blog posts, but now we get some atrocious stuff, and it’s quite funny if there’s a turn around in the polls.”

Tags:
Previous Article
Traction Promotions wins platinum at 25-year anniversary edition of APPA awards
Next Article
We know who won the election – but who won the campaign?