Print circulations drop with many publications shedding 30% of readers

Print circulations drop with many publications shedding 30% of readers 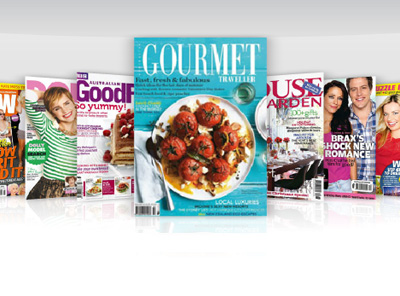 Print media continues to see its readership erode, with figures down for most major magazine and newspaper titles for the year ending 2011.

According to Roy Morgan Research’s readership survey, 98 magazines saw a decline in readership while only 26 clocked an increase and all major newspaper titles saw a year on year decrease, apart from mX and Saturday’s Australian Financial Review. The results mirror findings from the Australian Bureau of Circulations, released last week by The Newspaper Works, which showed falls for the final quarter of the year.

Commenting on the results, CEO of ACP Magazines, Matthew Stanton, found cause for optimism, pointing to 16 magazines that command half a million or more readers each issue despite the ongoing period of consumer caution and weak retail spending.

“Australia’s magazine industry has been remarkably resilient in this ongoing period of consumer caution and weak retail spending,” Stanton says.

“More than 5800 titles are sold on Australian newsstands. Given that range and choice, the fact that 16 Australian magazines enjoy half a million or more readers each issue proves the enduring relevance and importance of these magazine brands in people’s lives.”

Pacific Magazine’s women’s titles Who and Marie Claire both fell, by 14.1% and 19.4% respectively, to cap off disappointing results for the women’s category.

The men’s category fared even more poorly accounting for some of the biggest falls for the calendar year. NewsLifeMedia’s GQ  dropped 29.7%, down from 111,000 to 78,000 readers, and FHM, Zoo Weekly, Picture and People all took hits.

For newspapers, Roy Morgan’s year end results show declines to all but light interest title mX and the Australian Bureau of Circulation results show a decline of 3.9% overall for Monday to Saturday sales of national, metropolitan and regional papers for quarter four.

In Queensland, South Australia, Western Australia, Tasmania and the Northern Territory decreases of the same magnitude were experienced by all papers, except News’ mX in Queensland and Victoria.