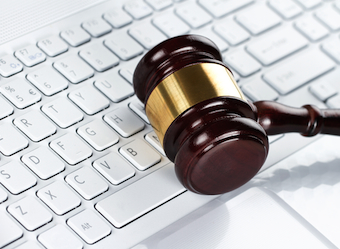 As purchasing advertising through an auction model gains ground in the media world, Jay Revels explores what other parts of our lives may soon become ad-funded.

With more and more advertising bought through auctions to target a particular audience – such as search, social advertising and programmatic display – it’s interesting to think about a future where other media might also be bought on a biddable basis in an auction model.

Take radio as an example. People are increasingly listening to the radio through the Internet on services like Pandora, iTunes Radio, Spotify and Last.fm. The likes of Spotify have already hinted at the possibility of using a real-time bidding platform (RTB) in the future as they look to scale their advertising offering. So a future of biddable radio advertising may not be as far away as we think.

Having said this, one of the main ways that consumers listen to radio is still in their cars through a traditional radio signal. And by the end of this year, most major car manufacturers will include some sort of connectivity as an option for new car purchases. This development in combination with advertising institution Google’s move into the production of driverless cars, suggests that traditional radio may start to lose ground in the in-car market too. Thus it’s not unrealistic to think that there could well be a day in the future where local advertisers can bid on advertising their services to cars driving through their town based on interest and demographic data from their car.

TV is increasingly watched online, whether it’s through smart TVs from the likes of Google and Apple, gaming devices like Sony’s PlayStation and Microsoft’s Xbox, or through the general ease with which an internet enabled device can now be connected to a TV. Consumers increasingly consume TV shows and movies through catch-up and on-demand services, as well as online subscription and pay-per-view services. And ultimately, this means that younger generations are watching less and less live TV.

Some platforms, like YouTube, already offer advertising through biddable placements, whilst others are beginning to open up their inventory to video RTB platforms. Who knows, Netflix, rumoured to be launching in Australia this year, and Foxtel’s soon to be released Presto could even become ad-funded subscriptions like Spotify in the future.

Interestingly, in the cable and satellite TV market, UK based BSkyB are already offering advertisers the opportunity to target specific households based on demographic and audience data through traditional set-top TV boxes using Sky AdSmart. This is bringing internet-like targeting to traditional media. Who’s to say this couldn’t end up being bought on a biddable basis?

The outdoor advertising world has slowly moved on from the days of static billboard advertising. Increasingly, we’re seeing digital advertising boards rolling through different adverts. Innovation and better targeting are already coming into play with brands like Google leading the way in creative.

Mobile devices could also open up a whole world of potential targeting opportunities in outdoor advertising. Imagine a world where advertisers could bid on the audience within a certain radius of an outdoor advertising board, based on the demographic and interest data that their mobile device is giving away.

There is now advertising everywhere you look, and there is more of your world that could become ad-funded. If you look at Nest, Google’s most recent acquisition, there is the potential that more targeted and biddable advertising could be delivered into your home through household appliances. Who knows, your energy bills may even become ad-funded.

Also, if you consider Google Glass and the data Google holds about you, there is huge potential. Going back to the outdoor advertising examples above, you could see a world where all outdoor advertising boards are blank and personal advertising messages appear projected through your Google Glasses. Advertisers could bid to project their message to you based on where you are, when you are there and what intent you’ve been showing recently through your searches. With Google Glasses reportedly being developed into Google Contact Lenses, we may not be so far away from the Minority Report world where targeted biddable ad messages are delivered to everybody as they go about their daily lives.

While much of this may seem to be a stretch of the imagination in the world as we know it today, what we can be sure of is that more media is becoming biddable and a lot more media will become biddable in the not too distant future.