Supermodel Miranda Kerr is to front a new campaign for Qantas Club in the airline’s bid to fight off competition from Virgin Australia’s frequent flyer program and give the brand a younger image.

The campaign featuring the Australian model will cost around $1 million and is part of Qantas’s biggest marketing push since the 2000 Olympics, the Australian Financial Review reports.

It’s designed to engage with current members, attract new members and highlight the benefits of Qantas Club, in follow up to the airline’s recent launch of its new positioning – ‘The spirit of Australians‘.

Kerr says Qantas Clubs give her a ‘home away from home’ while she travels as well as a few indulgences. “I’m very excited to be involved in this campaign. As a frequent traveller, I know how important it is to have a space where you can relax and unwind, or stay connected until your flight departs,” she says.

The work sees Kerr expand her role as one of the airline’s ambassador and add to her roster of endorsements including David Jones and her own brand of skincare products. Qantas has not renewed its deal with long-term ambassador John Travolta, the Fin Review reports. 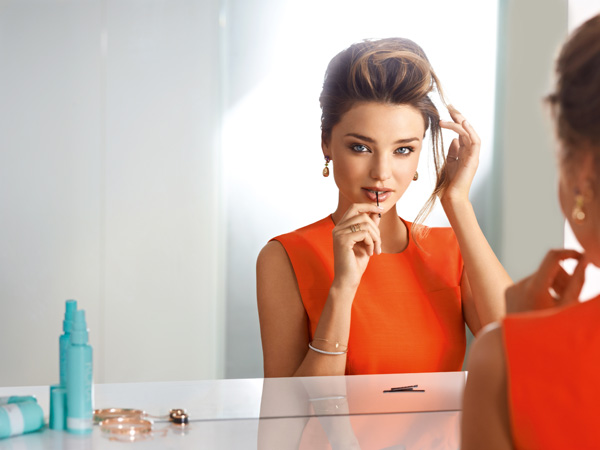 The campaign will run in Qantas channels via Qantas Frequent Flyer emails, qantas.com, in terminal and outdoor.