Retail trade figures saw drop in lead up to Christmas

Retail trade figures saw drop in lead up to Christmas 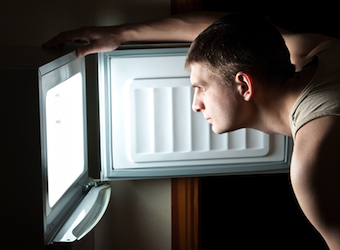 As conveyed by the Australian Bureau of Statistics (ABS), the 0.1% month-on-month drop in November retail trade would be discouraging to retailers who were hoping for a slight boost heading into the 2012-13 festive season.

In consideration of the hit, ARA edxecutive director Russell Zimmerman says that reports in recent days of reduced lending costs of major banks need to be addressed. He admits that not only should the Reserve Bank lower interest rates, but the major banks should also pass on additional rate cuts to help ease the pain. “The figures indicate that there remains a lack of consumer confidence due to tax hikes, increases in utility bills and private health insurance,” says Zimmerman.

The lack of business certainty has again reared its ugly head, with Zimmerman looking to Canberra to step up in this election year and deliver reassurance. “In the build-up to this year’s federal election, what Australia needs is strong economic leadership in light of these figures,” he explains.

While the ARA executive director notes that a series of data showing a lack of confidence and positive economic data have been compounded across multiple areas of the economy, he informs that there is still some good news in one of the sectors.

“The increase in both month-on-month and year-on-year growth in the cafes, restaurants and takeaways category correlates with the beginning of the Christmas party season.”

Well, that’s something at least, added to the fact that food retailing (0.0%) was relatively unchanged, and remains the benchmark being the strongest performing industry (up 0.4% in trend terms).

A breakdown of the figures:

Tags:
Previous Article
Qantas and Swisse partner to bring Ellen Down Under
Next Article
Mobile commerce and banking: moving consumers from showroom to sofa