Sir Martin Says – interview with the CEO of WPP

Sir Martin Says – interview with the CEO of WPP 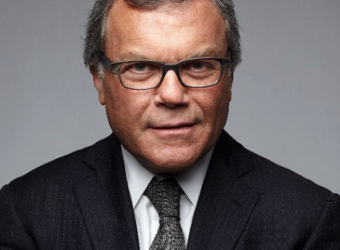 The Sir Martin Sorrell show rolled into town in September with the robotic ease and calculated grace of a Chinese gymnast. Speaking at The Growth Faculty’s Global Leadership Series in Sydney, Sorrell elaborated on the opportunities of ‘fast-growing’ markets as the corporate gaze shifts from West to East. In his first ever official presentation on Australian soil he spoke trends, digital, the economy and WPP’s strategy, and also sat down for a one on one with Marketing.

We spoke to Sir Martin about research, the ad industry’s future, Australia’s economic outlook and WPP’s strategy of horizontality.

Marketing: In North America, some of the revenue slides for WPP have been in part due to a downturn in research business…

Sorrell: Well, not downturn. It’s slower growth than we would like, and if you look at our competitors in quarter two, if you look at GFK – Nielsen doesn’t give a figure – it’s also given up giving an organic figure ever since they took over Synovate. I think the industry has suffered in the mature markets. If I showed you a graph of growth of Kantar, which is the four billion- dollar research business, in the US, the UK, France, Italy, Spain, the growth rate is very low, or non- existent in those markets, whereas in the fast-growing markets it’s very strong. And then there’s also a big difference between what we see in project research or custom research, which is what TNS is largely, and what we see in tracking, which is copy testing and tracking, which is growing. So the syndicated business, the semi-syndicated business continues to grow across the board, whether you’re talking about slow-growth markets [or] fast growing. The custom business is the one more challenged, but where it is challenged is in the mature markets.

The research industry is currently holding a conference in Melbourne, with one of the main talking points how it can reinvent itself. What do you think that it needs to do in that sense?

I don’t know whether reinvention [is the right word]. We’ve certainly seen a significant impact from new technology, but I think we’ve coped with that very well. We’ve adapted to the industry, and actually online, one of the biggest complaints we heard about research is it takes too long by the time you send out the questionnaire, fill out the answers, analyse… the problem has changed.

CEOs used to say that to me a lot. Online research has given us big opportunities to be able to respond much more quickly. So I think we’ve responded well to the structural side. I think the issue that we face is in the slow-growth markets, the pressures on cost and the advance of procurement and finance have been so great, particularly post-Lehman, people have had to respond in that way. So going back to your first question, it’s put pressure on the custom business, which is a project business, as opposed to the syndicated business in the mature markets. The custom business in the fast-growing markets – Vietnam or Russia or Brazil or India or China – continues to grow like topsy.

Within advertising, it seems there are two forces that are damaging the industry – the pinch that businesses are feeling and a diminishing efficacy of the traditional push-based, interruption model. Do you think that advertising is on the brink of a structural shift like media and retail are going through?

No, I think these things have been happening for a long period of time, and certainly if we were having this conversation five or 10 years ago, people would mention the ‘G word’ and the challenges of Google, but I think the industry is coping well. A couple of years ago they were talking about the ‘R word’, recession, and the impact of that and, again, the industry has continued to grow. We’ve continued to grow; we had our record year last year with 10 billion of revenue and a billion of profit. This year will be another record year. So I think [given] the circumstances we’ve done well. The critical issue is to adapt what we do on a geographical basis and a technology basis.

You mentioned some of the challenges that Australia has been facing with its economy, and that really we’re doing a lot better than many Australians think. From WPP’s perspective, how is the Australian market expected to perform?

It’s a billion dollars of revenue here. There are 4000 people. It’s a big business; it’s about five percent of our business worldwide. It would rank in our top six or seven markets, so it’s important. Having said that, it’s two economies: there’s a resource-based economy, a commodity-based economy, which has been very strong, although in recent weeks it’s come under pressure because of iron ore prices falling. Having said that, the real economy – retail driven, FMCG driven – has been under much more pressure. Inflation is limited. Inflation is not significant, unemployment is lower, currency is strong, interest rates are obviously lower than usual. So it has strong natural resources, but the real economy has been under more stress and strain. It has only 20 million people. Its historic ties are to Empire and Commonwealth, whereas its new ties have to be sort of north to Asia. So Australia is part of Asia, looking north and trying to leverage its resource capabilities, and that part is the critical issue.

It’s not just natural resources, it’s human resources as well. It’s strong in technology, has strong education resources, and it’s leveraging [of] tourism obviously is important, although it’s expensive to come and visit.

Horizontality was one of the things that you mentioned as one of your key strategies. How is WPP executing on that?

Tags:
Previous Article
Facebook launches new global brand pages structure
Next Article
Where to next for the marketing profession? 3 observations