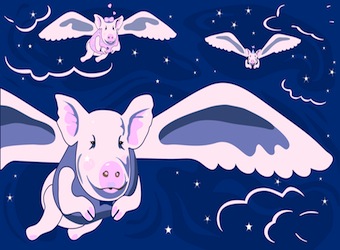 ‘Control freaks’, ‘cynics’ and ‘hypocrites’ are good words to describe middle Australia, according to the findings of a recent ‘Mood Metre Study’ by Julian Martin of JMK, the Sydney-based brand strategy and advertising agency.

“In 2013 middle-Australian families are too busy to muck around. They are as busy as they will ever be: running families, building careers and trying to have a good time,” states the report. “They run their own race, pick ‘BS’ a mile away, and can be shamelessly contradictory. Brands that give them good value, service and loyalty will do OK. Those that don’t will be punished and not easily forgiven.”

Middle-Australian families care little for what they view as unbelievable or insincere ads and tend to perceive leading retailers and banks as ‘villains’. And the fact that the two major retailers, Coles and Woolworths dominate the space, further drives a wedge, yet a wedge that is not worth them shopping elsewhere, seemingly stuck.

“This paradoxical behavior is being driven by cost and time pressures. They are too busy to shop around and too budget constrained to want to pay more,” says Julian Martin, CEO and head of strategy at JMK. “This is not a life stage group that can enact principles beyond what is best for my family now.”

Apple and Samsung, lesser banks such as Bank West and retailer The Good Guys were viewed as ‘heroes’ with Vodafone, the big four banks and retailers seen as ‘villains’.

AAMI’s ‘Rhonda and Ketut’, BudgetDirect’s ‘Boojey’ and RACQ’s ‘Wouldn’t be without them’ ads were most loved, Harvey Norman and the big four banks were viewed as being false, with a love/hate split on Coles’ ‘Down Down’ ad.

The study also noted that Middle Australians miss their local corner stores, but fail to acknowledge it is their own behaviour that has driven the corner stores away, dislike the door-to-door selling by utilities companies, and despise PM Julia Gillard and Tony Abbott’s slanging matches.

The study set out to gauge the general mood of middle-Australian families as they head into 2013, based on interviews with 120 men and women who had children under the age of 18 years living at home, and who had a typical combined household income of circa $140,000. Half of respondents were from the Sydney metropolitan area, while 25% were from Melbourne and Brisbane respectively, with confidence in brands, businesses, the economy, community and government during an election year all covered in the study.